Fuels propel many of the mechanisms that make the world work. But instead of using fossil fuels such as diesel in business vehicles, to run machinery and generate heat and electricity, a growing sector is turning to biodiesel. A fuel source based on vegetable oil or animal fat, biodiesel is clean burning, renewable and getting more cost-effective as the market expands.

But can something like used cooking oil really be a replacement for fossil fuels? For many small business applications, it already is. For example, nearly 62 percent of all U.S. commercial vehicles run on diesel, and can immediately use a biodiesel blend, available nationwide, without engine modification, according to a 2018 report on biodiesel.org. New and existing fueling stations are required to install biofuel blend pumps.

Before we dive in to the potential business applications, let’s review the composition and process.

A quick primer on biodiesel
The dictionary definition of diesel is an internal combustion engine in which heat produced by the compression of air in the cylinder is used to ignite fuel. Most people think of fuel for diesel engines as petroleum-based. However, renewable and clean-burning biodiesel can also be used. It can be made from most types of vegetable oils including soybean oil, sunflower, canola oil, palm oil and most other popular oils.

Biodiesel can also be made from Waste Vegetable Oils (WVOs). These are the oils that have been used for frying and cooking food in commercial kitchens, restaurants, and hotels. Once used, these otherwise would go into our waste stream.

To create biodiesel, natural raw material oils and fats are processed and converted into fatty acid methyl esters (FAME). The resulting biodiesel has a similar chemical composition to petroleum-based diesel, so it can generally be said that anything that runs on one can run on the other.

Efficiency
Biodiesel is proven to give higher engine performance, more lubricity, and emits less carbon and toxic gases than the ordinary diesel we’re used to. As a side benefit, there is not the awful smell emitted by the traditional petroleum-based version. Biodiesel can be stored and transported using petroleum diesel fuel tanks and equipment.

Applications
Biodiesel fuels can be used in regular diesel engines without making any changes to the engines. Biodiesel can be applied to diesel engines for vehicles, large commercial transport, marine engines and trains.

Biodiesel can also be used as heating oil residentially and commercially.

Diesel generators that produce electricity can also use biodiesel.

Small business growth and job creation
As the biodiesel industry grows, there is increased demand for fuel distributors, feedstock suppliers (farmers and agribusinesses), and a host of companies the industry does business with such as pipe installers and accountants. It could also be a replacement industry for oil and gas producers.

Interestingly, biodiesel can be “home-made,” opening up opportunities for cottage industries. So, don’t get rid of that old Mercedes diesel sedan. You could create your own biodiesel delivery vehicle.

Distribution and Outlook
According to the U.S. Energy Information Administration, there are currently 98 biodiesel plants in 37 states, including three in Minnesota which produced 83 million gallons in the past year Overall, 2.1 billion gallons of biodiesel were consumed in the U.S. in 2016. This reflects a steady rise from 10 million gallons in 2001, the first year for which records are kept.

The federal government has a mandate to increase renewable energy production, which will fuel further growth. If a fraction of the subsidies and tax credits that are currently given to the oil, gas and coal industries are shifted to clean, renewable energy, industries like biofuels will grow exponentially.

Biodiesel is a revolutionary type of fuel at the center of a growing industry, creating green jobs and fueling small businesses across the country. 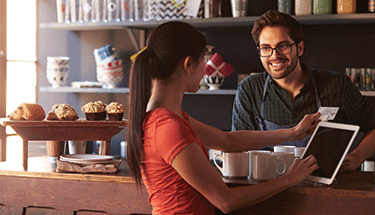 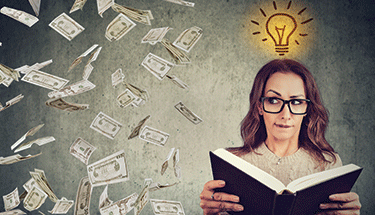