In the classrooms, libraries and learning spaces of a unique group of Minnesota school districts, students, staff and administrators aren’t worrying about the speed and reliability of their internet service—they’re just enjoying the benefits.

In an environment where teaching and learning are the priorities, they shouldn’t have to be concerned. Education should be the focus, and in these districts, it is.

In an era of Chromebooks, Smart Boards, cloud-based technology and mobile devices in every backpack, it’s imperative to the learning experience that the internet works. For these eight districts, it happens to work remarkably well.

These are schools much like any other in Minnesota, except this group—Osakis, Sauk Centre, Melrose, Brandon-Evansville, Alexandria, Albany, Minnewaska and Parkers Prairie—are members of the Central Minnesota Educational Telecommunications System (CMETS). CMETS is a consortium of districts connected to a shared internet network.

It’s an arrangement that has many benefits for each district, including access to ultra-fast multi-gigabit internet service at a more affordable cost and exposure to a broader range of digital resources for teaching and learning.

“The whole purpose for this is to make education bigger, better and more accessible,” said Maureen Miller, CMETS Technology Coordinator.

Here’s what makes CMETS different: Whereas a typical district might share an internet network among its elementary, junior high and high school campuses, CMETS is orders of magnitude larger in both scope and capacity.

Strength in numbers
The network is served by fiber internet over the Arvig network. The connection supplies fully redundant, 10Gb speeds and 5Gb of shared internet bandwidth. The network also relies on data centers in Osakis, Alexandria and Melrose for phone, wireless service, core routing, backup and directory systems.

In terms of network infrastructure, a ringed topology facilitates redundancy between the districts and multiple uplinks from the CMETS rings to the Arvig transport network help facilitate reliable internet access throughout the network.

At peak traffic times during the school year, there can be as many as 3,000 to 8,000 users connected to Wi-Fi at one time and bandwidth use averages about 1.5Gbps.

Arvig has been the consortium’s internet service provider since 2015, and also serves as the lead technical partner for maintenance, monitoring and upgrades.

CMETS serves more than 13,500 students and staff across the eight districts. When it comes to speed and bandwidth requirements for a network this large, network administrators say fiber is hands-down the right choice.

“I can’t imagine doing this on anything other than fiber,” said Maureen Miller, “I would definitely say it’s critical to maintain that kind of network availability and speed. It affects users down to the classroom level every day.”

“Every student on this system benefits because they are able to access the data they need, when they need it,” Miller said. “Education is changing to include more technology, and the teachers are using that technology to enhance their students’ learning experience, and having a stable and fast network to do that on is imperative for their success.”

The consortium was formed in the late 1980s to share internet service and offer interactive television classes to the districts. In the era of high-speed internet, the network’s capabilities have greatly expanded.

Video conferencing equipment now allows school districts to offer staff trainings and educational courses that previously were not offered because of low enrollments or lack of certified staff in certain curriculum areas. Community members can participate in a wide variety of classes and do not have to travel any farther than their local high school.

CMETS is one of the largest consortiums that Arvig serves. In total, Arvig provides service to more than 300 schools and libraries, including the Pioneerland Library System in central Minnesota and the South Central Regional Area Telecommunications System (SOCRATES) consortium in south-central Minnesota.

“We feel the relationship is win-win, Brezina said. “From our account manager, to the project management team, to the NOC (Network Operations Center), it has been a wonderful partnership.  The forward-thinking approach in our network design and responsiveness to changing needs in our systems set Arvig apart.” 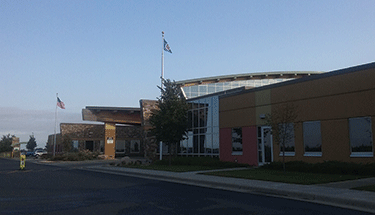 Network Takes Medical Imaging to the Next Level