Annoying calls with automated messages are exploding over the phone lines. From scam calls telling you your computer has a virus or you are about to be arrested for unpaid taxes, to selling insurance or other products, these calls are increasing.

Not only is this a huge annoyance interrupting your day or night, it is even worse when the calls come into your small business causing interruptions and lost productivity, costing you money.

Though there have been attempts at stronger legislation, the problem is getting worse. Robocalls jumped from 1.3 billion in the U.S. in June of 2015 to 4.1 billion in June of 2018, according to the Robocall Index. That translates to about 12.7 calls per affected person every month.

To make matters worse, spammers use “spoofing,” manipulating incoming phone numbers to make it look as if calls are coming from your local area.

Robocall Business Risks
The danger in these types of calls range from money stealing scams to ploys to gain personal or business information to steal your identity or fraudulently take over your business accounts. Two of the most common scams aimed at small businesses include:

+ Google (or Yahoo/Bing) Business Listing Scam
This scam involves a caller (who actually has no affiliation with Google or any other service) telling a small business owner their listings are at risk of being removed from search results and offers to help prevent that for a fee. Since there is nothing really wrong, the scammer potentially gets a fee for doing nothing.

+ Local Map Verification Scam
A small business owner is told that their company is required to verify an online map listing to prove they own the business. The scammer demands personal and business information to continue the maps listing, but actually uses this information to take over financial and other accounts owned by the business.

Sometimes robocalls sound so sophisticated, delivering conversational messages and even electronically answering common questions, that you think your talking to an actual person. Listen to a caller’s interaction with a human-sounding robot here.

Economic Impact
Robocalls are not only obnoxious, they are costing people big money. A study conducted in 2015 concluded that robocalls cost Americans $7.4 billion. That volume is increasing because robocalls are cheap and easy to make, dialing millions of people a day at little cost.

According to MarketWatch, US businesses spend over 20 million hours answering unwanted phone calls each year with no protection from the FCC.

Government Action
The House and Senate held hearings on the issue in early 2018, and each chamber has either passed or introduced legislation aimed at curbing robocaller abuses. The FCC also finalized new rules in January that strengthen phone companies’ authority to block certain robocalls.

Much of the current legislation, however, is aimed at illegal abuses and does nothing to stop legitimate businesses that use robocalling for sales calls.

Business groups, including the Consumer Bankers Association, actually support auto-dialers as a way for legitimate businesses to reach their customers. This support creates a friendly environment for the proliferation of robocalls.

What Small Businesses Can Do to Combat Robocalls

3. Use Third-Party Software
If you have VoIP phone service you can use a free service such as Nomorobo, which will not only block robocalls but when it intercepts one, it plays a message indicating that your number has been disconnected. The idea is to not only take your number of the call list for that specific robocaller, but also spread the disconnected message throughout the robocall network.

Pindrop offers an alternate solution for businesses to block unwanted calls, comparing incoming calls to a database of spam phone numbers and robo dialers available on the market today. It then assigs a risk score based on factors such as complaint history, device type and service provider.

There are many apps available for cell phones, as well. Trapcall takes a slightly different approach. The app picks up calls you decline and then rings them back to you with the real number displayed, providing a warning if the number is on a known robocall list. 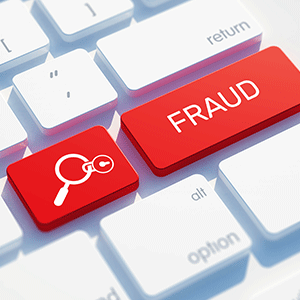 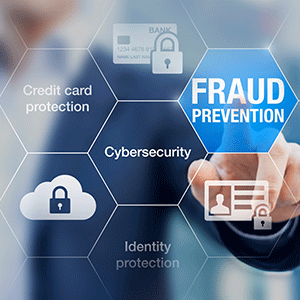 4. Use a Call Blocking Phone System
From a small system, such as the Panasonic KX-TGE475S  that goes for $108 on Amazon to a more advanced PBX system, you can block numbers you determine as spam and automatically block numbers that don’t display a caller ID right from your phone system.

5. File a Complaint
While not an immediate solution, the Federal Trade Commission will shut down fraudsters, especially if they receive enough complaints. Use this online form to do it.

6. Hang up
Companies operating robocallers share information about which numbers provide good targets and which ones are a waste of time, which is why you should avoid answering calls with no caller ID or one you don’t recognize. If you do happen to answer, hang up immediately. Never engage, speak, press a number, or otherwise let a robocaller know there is a live person on the phone.

You might not be able to eliminate robocalls altogether, but by not engaging callers and being proactive on blocking, you may retain a bit of your sanity and business productivity while legislators and the FCC figure out better solutions. 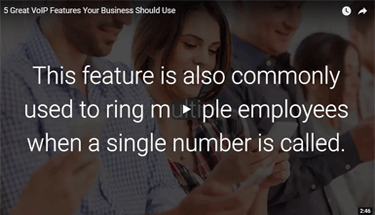 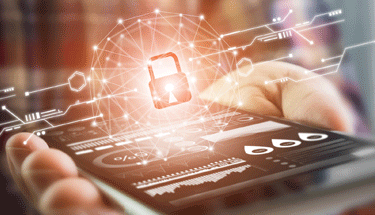 Great VoIP Features Your Business Should Use