Should any of these social apps be on your radar?

From the time we are born, we are taking in scenes, recording input in our brains and learning how to predict the future and act accordingly. For example, we know if a car is speeding toward us in the wrong lane, we should get out of the way or the following moments could be a disaster. Back in 2016, researchers from the Massachusetts Institute of Technology enabled computers to predetermine the future in a similar way.

Algorithms partially modeled on the human brain reviewed 2 million online videos and observed how different types of scenes usually unfold: people walking in a park or playing golf, waves crashing on the shore, a train arriving at the station and so on. The MIT computer could then look at a single image and generate a short 1.5 second video clip showing its vision of the immediate future.

The system is learning what is plausible, recreating the scene and adding future motions you might see. According to Carl Vondrick, one of the lead scientists on the project, the system’s ability to predict normal behavior could help spot unusual happenings in security footage or improve the reliability of self-driving cars. For example, an onboard computer running this program in an autonomous vehicle may recognize the unusual motion of an animal running into the road and return control of the vehicle to the driver.

The MIT team relied on a scientific technique called deep learning, applying it to modern artificial intelligence research. Deep learning is part of a broader family of machine learning methods based on artificial neural networks- systems “learn” to perform tasks by considering examples, generally without being programmed with task-specific rules.

MIT is not the only research facility developing a future predicting computer system. In 2018, scientists at Germany’s University of Bonn taught a computer to predict events five minutes in advance. The ability to create a plausible future prediction increased threefold in just one year, and scientists think we are just scratching the surface.

Experts say computers examining large data sets and applying deep learning could help make medical diagnoses, detect bank fraud and improve self-driving cars. Already, it is the approach that helps digital assistants like Apple’s Siri and Amazon’s Alexa seem to get to know us and understand what we want. Amazon is applying the technology to predict what customers want to order before they even order it.

“Deep neural networks are performing better than humans on all kinds of significant problems, like image recognition, for example,” says Chris Nicholson, CEO of San Francisco startup Skymind, which develops deep learning software and offers consulting. “Without them, I think self-driving cars would be a danger on the roads, but with them, self-driving cars are safer than human drivers.”

Related: How the Tech Industry is Tackling the Cancer Moonshot

When a social media platform gets so big and financially successful, it naturally follows that other tech startups will want a piece of that action. Some new social apps are even taking aim at why some people hate Facebook—using negative examples such as exposing personal data of more than a billion people—in promising to create a better platform.

One social media app making big claims, Voice.com, caught my attention (not to be confused with Voices.com which is a site to find voice over talent). Voice is not only getting coverage on reputable tech media, it also assures good content will be rewarded and control of the platform would be managed by users, not some nefarious behemoth.

The concept of Voice got me curious about the potential for business users. My experience joining the platform is outlined below. In addition, I’ve included a few other up and coming apps that are hoping to carve out their niche.

Review of Voice.com
What truly makes Voice unique is that it is based on blockchain technology, and rewards participants who contribute good content that users on the platform appreciate.

The test drive. Membership is by invitation, and new users have to apply using a valid email address and upload a full-face selfie to the platform. Once approved (mine only took a few minutes), users are immediately given Voice Tokens. Tokens can be used to raise your voice, or “Voice It,” which means pushing your post to the top of the feed, or pushing your comment to the top of a post. You can also earn tokens just by logging in every day, or creating content. Once you create a post, you become a creator.

Voice’s promise includes being a better platform, free from bots and fake accounts (and other harsher comments obviously pointed at Facebook). It appears the platform is still in beta mode, so I am going to be a little forgiving in my opinion for now. My first impressions of the platform, however, are not stellar for a couple of reasons.

I downloaded the app on my Android phone. Posting from my phone generated an error message saying the app was not yet fully featured for Android, and to try from a computer. Apparently, the platform was originally designed for iOS, and other developments are still rolling out.

On the site’s landing page, there is a main feed of people voicing information on a variety of topics, and also different communities one can choose to join. I joined the DIY community, since I design and make furniture and large art pieces when not working in digital media. Among the first few quality posts of makers showing and discussing their work is some troll spouting political conspiracy theories, and using foul cultural slurs. Hmm…so much for a new platform being so much better than the other guys.

After “voicing” my first post to the DIY community, and using some of my tokens to push it to the top, I was stalked by the same loudmouth troll. While there is a complicated way to report policy violations in general, you cannot do it from a post or comment, and there is no way to block people on Voice. There is a help contact, but the user moderation feature is apparently not set up yet.

My other main complaint is the information for new users is sorely lacking. Help files do not go into enough detail and do not include any diagrams. I wanted to make my first post in the DIY community. I could make the post appear in the general feed, but could not place it in the community I had already joined. There appeared to be members and creators in the community, and I was a member. I searched through help files in vain to see how I could become a creator in a community, and sent a message to support to no avail. However, after I used some of my tokens to Voice a post, I was then able to create a post and designate it to the DIY community.

There are a few other examples I ran across, showing that the platform has a long way to go in thinking things through, or at least explaining them. It’s easy to criticize a competitor, but not so easy to work through all these issues once you start inviting members.

Advertising on the site is alluded to, but like everything else in the help files, information is sparse and unclear. Apparently, brands can use their tokens to keep their messaging on the top of feeds. If the platform gets widespread adoption, this may be valuable. There likely will be other ways for advertisers to interact. Since Voice has stated it won’t sell user data, it will have to be monetized somehow.

Funding. The platform is well funded, but that doesn’t mean a lot—so was Google+ and it failed. However, the startup of Voice is interesting. Blockchain company BlockOne raised $4 billion in May 2018, the biggest ICO ever. What is stunning is that funds were raised without a product or much explanation of how the capital would be used. Instead, the company offered a crypto token it created called EOS, funded by Ethereum crypto currency. The company then spent more than $30 million to buy the domain Voice.com.

Conclusion. While the platform is certainly not ready for widespread adoption, there are elements (primarily the blockchain structure), that make Voice one app to watch.

Other new social platforms to check out
Upstream combines a strong social aspect with professional networking like LinkedIn. The makers of this platform recently sold SocialRank, an audience segmentation application. Upstream helps professionals connect to give and get help.

Pod  is like local neighborhood app Nextdoor, except it is focused on connecting professionally. Businesses can add themselves to the map by creating a Pod, then promote what they offer. Users can see what is locally available and apply other filters to find products and services. Participants can ping others and introduce themselves to expand their network.

Parler launched at the end of 2018. This Twitter-like app that describes itself as a place to “Speak freely and express yourself openly, without fear of being “deplatformed” for your views.” But brands be warned. When Parler encourages users to “Discuss and defend your values, passions, accomplishments and ideas in an environment that lets you be you, free of agenda-driven “shadow-banning,” some posts and comments that would be considered inappropriate on other platforms are fair game on Parler.

The takeaway for business
Strategically, it is wise to keep an eye on growing social media platforms. However, unless you have a large corporate marketing department, your attention and marketing dollars are best spent on well-known channels. There is one exception. I am seeing a specialization trend in the newest crop of social media startups. If one of these fits your target market, or a significant segment of your market, it may be worth adding to the distribution channels for your brand. 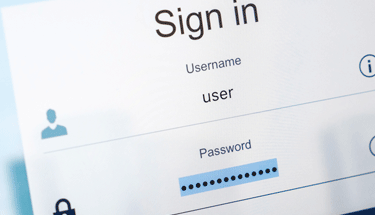 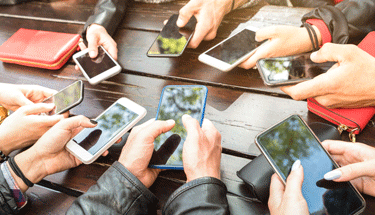 Four Ways to Keep Your Data Safe on Social Media

The Top 7 Social Media Trends for Business in 2020