The Art of the Apology in Business

Why it is so hard to say I’m sorry

Apologies are complex, which could be why many people find them difficult to give, or blunder them when they do. An act of contrition can be even more challenging in business, where an apology can enhance relations, or when done wrong, have dire consequences.

The good news is, the art of the apology can be learned—when and how to give it—and usually makes a big difference.

The difficulty in apologizing
It is against human nature to admit we are wrong. There is embarrassment and perhaps even shame if we have hurt someone’s feelings. Even if some part of your brain realizes you have behaved badly, a defense mechanism kicks in to rationalize your actions and make you feel better. Sometimes we think we are right, or more right, than the other person and our actions are justified.

Many years ago, I was in a meeting with my boss and an important client. While I was explaining the project, my boss continually interrupted with irrelevant side stories. I told him to shut up. I knew it was a mistake the minute it was out of my mouth. Everyone was embarrassed. After the meeting, I apologized. I tried to explain why I did it. I was fired the next day. It took me a long time to realize why my apology was wrong.

I have seen business colleagues act atrociously to subordinates, then refuse to apologize, because they were the boss, or they don’t think they were wrong. In reality, they just do not want to lose face. But according to Psychology Today, an apology is not a sign of weakness, and it does not constitute “backing down.” It can actually enhance one’s reputation, strengthening leadership and communication skills.

How to give an apology
Here is the big ah-ha moment I learned many years later. A true apology is one sided. It is given without any expectation of something in return, such as acknowledgement, forgiveness or a reciprocal apology. If the other party has something they should apologize for, that is up to them to determine.

Taking ownership for a mistake is hard. What was done wrong should be clearly stated, an apology given, and there should be an acknowledgement of why the actions were wrong, showing you have learned something from the experience. The apology should also be brief. If the person is still upset, it is best to deliver a succinct apology then give it time to sink in.

Looking back on my 20-something self, I should have said, “Jim, I am sorry I told you to shut up. I behaved badly, and know I put you, myself and the company in a compromising position. I also did not show you the respect you deserve as my supervisor. I intend to learn from this mistake and be a better employee. If you think it would be helpful, I would like to also apologize to the client.”

No matter how my boss would have responded to that, the best course of action would have been to listen and acknowledge him, and not get defensive.

This type of apology would have gone a long way in mending our relationship. It would have also helped my reputation. Even though I was very well regarded in my position, co-workers questioned my judgement and did not support me when I tried to get my job back.

Years, and many other apologies later, I did sincerely apologize to Jim. I had nothing to gain at that point, other than repairing our relationship. Was Jim acting badly during the meeting? Yes, but that does not excuse my behavior, which brings me to the next point.

Sometimes it’s easier for a person in authority to apologize position to position, rather than making it personal. A positive example would be, “We both have the best interest of the company at heart, and, as your colleague, I should try harder to see past our individual styles. I’m sorry I spoke roughly.” 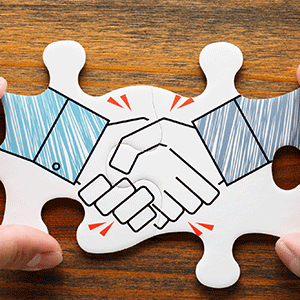 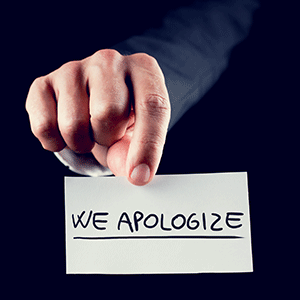 What not to do
The absolute worst thing you can do in an apology is make excuses, even if you think the other person is to blame, as well. That is for them to take ownership of. Check yourself by not using the words “if,” “but” or “however.”

“I’m sorry if I hurt your feelings, but…” Don’t you know if you hurt my feelings?
“I’m sorry you feel that way.” Are you really?
“I apologize if I caused you any inconvenience…” Well that’s vague.
“…however, right before this happened, such and such also happened…” Excuses are like…well you know.

Use of these words and others like them diminishes sincerity as the apology is sidestepped or blame is cast somewhere else. Take the full brunt of responsibility. That is how respect is earned.

I am a not a fan of asking for forgiveness for a couple of reasons. The person may still be angry and not yet ready to forgive you. Also, forgiveness is a personal choice; it is up to them to decide to forgive you or not, and they should not be prodded into it. But there is an exception in business: making things right.

Corporate apologies
So far, we have been talking mostly about business interpersonal relations. Whole companies can screw up a product or service, and the smart ones mea culpa effectively by acknowledging their mistake and telling the public or their customer base what they will do to remedy the situation. A classic example is Steve Jobs of Apple apologizing to iPhone 4 users because of antenna problems. He said Apple would “work its butt off” to correct it and offered customers a case to fix the flaw.

When someone owes you an apology
Just like asking for forgiveness, it is typically not a good practice to ask for an apology because it may be forced or insincere. Usually. One exception in business is in employee coaching. Have you noticed an employee or co-worker who habitually makes excuses or blames others for mistakes? A supervisor can walk the employee through an alternate reality—going through the same scenario with a proper apology, and likely a different outcome.

Final thoughts
Practicing a sincere apology, with no excuses, may not only be effective in mending business relations, it could help people view you as an honorable human. Just remember to take the focus off yourself and follow the three basic elements—acknowledgment, regret and responsibility.

There is no guarantee your apology will be accepted, but by communicating effectively you can feel good in making the effort. 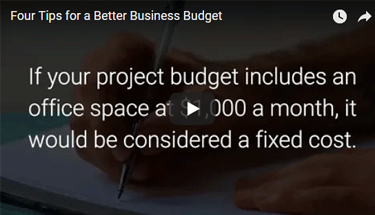 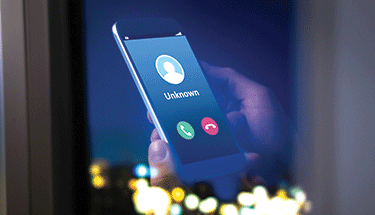