The popularity of videoconferencing among the workforce has exploded. Leading platforms Zoom and Webex now boast more than 300 million daily users, with participation spiking during the pandemic. A survey from Owl Labs found that, since 2020, people have been meeting by video calls 50 percent more since COVID-19.

When any technology sees such tremendous growth, bad actors trying to take advantage of the popularity soon follows. In the case of web meetings, new and untrained users are particularly vulnerable. Probably the most widely reported example of videoconferencing services being attacked is the hijacking of meetings on the popular platform Zoom.

Zoom Bombing is where a complete stranger can actually come into your meeting and wreak havoc. The FBI got involved after multiple reports of conferences being disrupted by pornographic or disturbing images and threatening language were received. Even more damaging for businesses is the threat that strangers could enter a meeting and lurk in the background, listening in on discussions that could contain confidential information. Password vulnerabilities were also discovered, forcing Zoom to scramble to increase security.

Once Zoom platform vulnerabilities started to surface, another nightmare was uncovered. According to the Washington Post, thousands of private recordings of Zoom meetings were discovered on the internet.

Recordings were not hacked on the Zoom platform itself; it is what people did with the videos after recording, including uploading to an unsecure cloud storage account using Zoom’s default naming convention for recordings. I did my own internet check on this, and the user-caused security problem still persists.

Having secure online meetings
Since new internet threats appear regularly, no system is 100% secure. Video conferences can, however, be safely held. A combination of using a product with good security settings and training users on configuring these settings is the key.

Expanding on the FBI’s warnings regarding Zoom with input from security experts, here are some tips to help businesses create greater privacy and control for confidential meetings.

In today’s world of meeting on the internet, nothing is 100 percent secure. By following these steps and using a bit of common sense, however, you can protect sensitive company information and personal privacy while video conferencing. 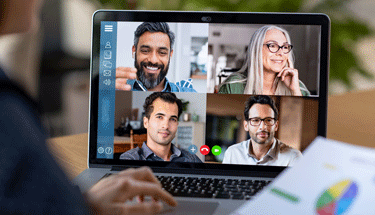 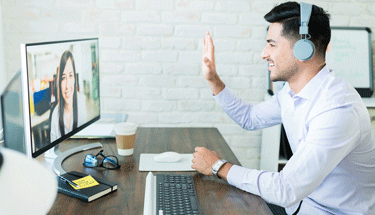 The New Wave of Telecommuting

How to Run an Effective Online Meeting