What Are The Best Cheap Phones You Can Buy Right Now?

Solid Choices to Save $ On Your Next Phone

Smartphones have become a necessity of daily life. But there are some pretty good reasons why you may not want to plunk down around $1000 for a new device. Some people find it more convenient to keep a separate work phone, but don’t need all the bells and whistles. You might be buying a phone (again) for a young person in your household (my daughter chronically lost or broke her phone throughout her teen years). Older generations may not be interested in added technology that higher-end phones bring. Or it could just be a matter of budget. Whatever your reason, there are several very reasonably priced devices that still deliver a high level of service.

Manufacturers focus their marketing on their expensive flagship models. You likely won’t hear much about their cheap phones. Even though there are quite a few budget phones to stay away from, there are several good phones under $500, some even under $250. This article hones down the best cheap phones available today, based on research including features and consumer reviews. So, whether you’re looking to save money on an Android or iPhone, this list provides some great options.

Price on Amazon as of this writing: $199

If you are looking for a cheap Android phone, where performance outweighs camera quality, the OnePlus Nord N20 5G could be for you. The OLED display is bright and easy to read.

If you are ok compromising on camera features, the OnePlus Nord N20 is a solid device for most other phone functions.

Price on Amazon as of this writing: $350

If budget, reliability and having a great looking phone are important to you, the Samsung Galaxy tops the list. Whether you’re downloading work or the latest movie, the impressive AMOLED display technology won’t leave you hanging. The camera array is also above average for a budget phone, delivering bright and vibrant images. As manufacturers push consumers toward cloud storage, you can still get expandable internal memory with the Galaxy A53- up to 1TB!

The so-so battery should still last you all day. Some users report sluggishness using the touch screen.

Overall, consumers consider the Samsung Galaxy A53 a great phone for the price.

The iPhone SE for 2022 keeps the same form factor as the popular iPhone 8, but supercharges the hardware inside. The phone still maintains a budget-friendly price, and solid features like touch ID, and being splash, water and dust resistant.

The battery size may seem small if you are comparing different phones. However, the battery coupled with the SE’s advanced chipset speeds processing with less battery drain. However, tests reveal you won’t get nearly as many hours out of the iOS SE 2022 battery as you would from Google or Samsung’s budget phones.

If camera resolution, battery life and a big screen are important to you, skip the iOS SE 2022. Otherwise, the device is the best cheap phone in the iOS line this year, providing fast processing speed for a phone in this class.

Price on Amazon as of this writing: $499

The Google Pixel 6 features a phone redesign with a two-tone glass rear. But it’s not just the case you will like on this phone.

Google’s Tensor chipset delivers strong processing performance and also boosts the phone’s photo software. Users report top notch photos in reviews, as well as the beautiful display handling animations smoothly. Overall, the Google Pixel 6 approaches the quality and features of a flagship phone at a considerable discount, and is definitely the budget phone to buy if photos are a top priority.

Another way to save when buying a phone
Pretty much every major carrier offers a free or deeply discounted phone when signing up or upgrading your service plan. However, plans offering unlimited data can be expensive. You’ll notice that unlimited plans also come with different tiers of service. Basically, to get the fastest signal, minimal interruptions and no throttling when you exceed a certain amount of data you will need the highest level of unlimited service.

Among carriers, Mint Mobile is a relatively new service provider. For $30 per month, you get 5G access and no limits on your speeds, usage or video quality. However, after a three-month period, you must commit to a year of service to keep the $30 rate.

Check out this article on Tom’s Guide for a review of the best unlimited data plans.

Conclusion
There are good quality cheap cell phones out there, including the solid choices on this list. You might have to make some compromises though. At best, expect average battery life. If camera quality is important to you, eliminate the ones with poor performance, but don’t overlook models that have superior processors that actually enhance lower megapixel camera specs. One more thing–manufacturers have pretty much stopped including a phone charger unless you buy a bundle. Factor that into your budget for a cheap phone. 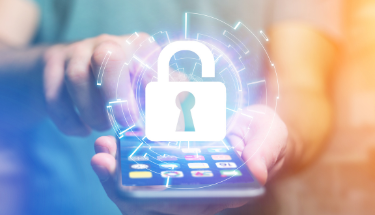 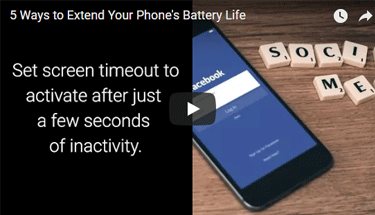