Will We See a Wave of Resignations?

The complicated problem of getting Americans back to work

During the lockdown, people had a break to reevaluate values, spend more time with family and less time on the road. Beliefs around work and life have changed. A better work-life balance is more important than ever, and old-school management styles and rigid corporate culture won’t cut it in this new reality.

Workers are fed up and quitting in droves for a variety of reasons. The U.S. Department of Labor reported that a record 4 million people quit their jobs in April of 2021. In May, 3.6 million people quit. The 2021 Work Trend Index shows that 41% of the workforce is considering leaving their employer this year.

There are issues at two ends of the wage scale. Lower end service industry and hourly workers, including restaurant and hospitality workers and those in manufacturing, suffer from wages that have not kept up with inflation, poor benefits and often dismal working conditions. On the other end, professionals are making choices to continue telecommuting at least part of the time. If forced back to the office, many are choosing to leave. Let’s examine both of these trends a little more in depth.

Low wages
For hourly workers on the lower end of the scale, wages have stagnated for decades. For example, in 1968, the federal minimum wage was $1.60 an hour. Factoring in a rising cost of living, the equivalent federal minimum wage would need to be $12.38 in 2021 dollars. Currently, the federal minimum wage is only $7.25. Before the pandemic, workers were already being underpaid but had little leverage to demand higher wages. Now with more job openings, many are weighing their options and looking for other work.

Working conditions
From claims of unsafe working conditions in Amazon warehouses to restaurant workers being sexually harassed or just harassed in general by customers, those at the lower end of the job scale suffer the greatest job dissatisfaction. In addition, some employers hire a batch of part-time employees to legally avoid providing any kind of health care benefits or other perks.

One report titled, “Labor Shortage Unlikely To Be Resolved With Expiration of Unemployment Benefits” from the financial consulting firm BTIG reveals only 3% of individuals were earning enough from unemployment such that they had no financial need to return to work. But it also showed a lack of interest in returning to work because of low wages and things like lack of child care. Research from Bank of America concurred that pandemic-era benefits only kept the lowest wage earners from looking for work.

After higher pay and good benefits, work flexibility was the primary motivator to get someone to return to an hourly wage position. Some larger companies are offering higher pay to attract workers, but small companies that run on tighter margins find it hard to raise wages enough to secure labor.

The childcare issue
Many people want to return to the workforce, but can’t because they have a child or family member to care for. Lack of affordable childcare was already a crisis before the pandemic. When schools were closed in 2020, and affordable summer camps shut down, it forced a significant portion of the adult population, mostly women, out of the labor force. Hourly workers are looking for a job that allows them the flexibility to take time away from work to care for a child or family member.

One third of the U.S. workforce, or an estimated 50 million workers, has a child younger than 14 in their household. In a survey by Harvard business review, 26% of women that could have worked reported becoming unemployed during the pandemic because of a lack of childcare. In addition, household responsibilities such as schoolwork and playing with children and cooking and cleaning increased for women, but only marginally for men.

The HBR study suggests specific steps businesses can take to remedy the childcare issue and get people back to work. This includes making childcare part of the business infrastructure by: Creating support structures for women at work; Offering flexible work schedules and remote work for all parents; Increasing childcare subsidies as employee benefits; providing on-site or local childcare spaces and supervision.

The other end of the job spectrum
Thanks to the coronavirus forcing many businesses to offer telecommuting, remote workers now realize their jobs can be done, and done well, from home. Remote work usually comes with greater flexibility plus zero time commuting. Many workers that have had this option don’t want to give it up, and if they can’t get it, they’re quitting.

Since WFH productivity is proven to match or be better than office counterparts, it’s much harder for employers to justify an office presence. Data from Statista taken during the pandemic shows on average, those who work from home spend 10 minutes less a day being unproductive and are 47% more productive overall.

Hybrid work is one solution
A growing number of companies are adopting a hybrid work scenario to bring workers back to offices post-pandemic. In a hybrid plan, staff continue to work remotely, but go to a company location for brainstorming and other group meetings, raising social capital and creating a positive compromise. Business leaders are more open to this change in status quo after seeing productivity and job satisfaction increase with remote work. Even finance giants who are known for having a strict work culture, such as Vanguard, Citigroup, HSBC and JP Morgan, are now adopting more flexible work models.

For jobs which can fully be done by remote workers, WFH will continue to increase. For others, who either want to be in the office part time or their employer sees it as vital to collaboration, a hybrid work model may be the solution. One thing is certain—companies that ignore remote work possibilities may see an exodus of their labor force to other more flexible businesses.

Employer pushback: Cutting remote worker salaries
Some companies have taken the unique position that if remote workers stay home they face a pay cut. There already is a strong negative reaction from workers.

Companies like VMware offered its employees to continue to work from home after the pandemic. However, if an employee moves to a place with a lower cost of living, they’ll face a downward adjustment in pay. For example, an employee moving away from expensive Palo Alto, Calif., where the company is headquartered to a less expensive locale like Denver would need to take an 18 percent salary cut.

VMware is not the only company considering the practice. Facebook was one of the first major tech companies to announce that its employees would no longer have to go to the office on a daily basis. The company also plans to adjust salaries depending on employee location. Defense of the practice seems weak, including this argument made by cloud-based software company ServiceNow in Bloomberg:

“I don’t believe we should have an environment where management is not involved with those determinations,” said ServiceNow CEO Bill McDermott. “Because what you could get into here is a situation where employees then become the decision-maker in working literally from anywhere, and you would have a hard time organizing and holding together a culture if that was the case.”

Having remote workers actually saves companies money by reducing costs related to office equipment, electricity, HVAC and office space. Plus there are the environmental benefits of less cars on the road.

Early indications reveal workers, especially those in high demand tech fields, will not tolerate a lesser salary for remote work. Some say downgrading pay based on location exploits labor. The employee’s labor provides the same value regardless of working location.

Want to get people back to work?
It is up to businesses large and small to think creatively about their workforce as human beings first. How can pay scales, schedules, and work from home options apply to improve employee recruitment and retention?

With consumer demand high, workers have more work opportunities and are in a better position to push for greater benefits or not go back to a job that mistreats them. The severe labor shortages we are facing now may also finally force companies to build the childcare infrastructure we need to help parents keep working, and rebuild the economy better than what we had before the pandemic. 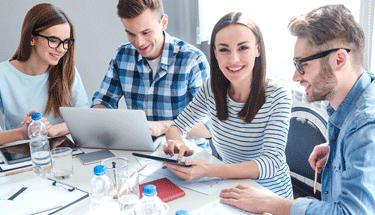 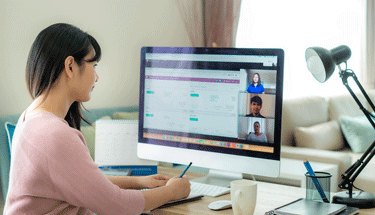 Work-From-Home and the Loss of Social Capital

Is Hybrid Work the Next Great Disruption?