Locator tags are not new. But Apple’s recently released AirTags—a small device that allows you to find items it is attached to—add some enhanced capabilities over its competitors. Unfortunately, there are still some frightening personal security concerns with AirTags, or any tracking device. Spoiler alert: I am going to give a good recommendation to Apple AirTags, but also outline potential abuses and a couple of other negatives to be aware of.

Pleasing Design
The first thing you will notice when holding an AirTag is the device aesthetics. It’s a smooth, rounded disc shape, surrounded by a white ring. The disc is glossy white on one side, that can be embellished with free engraving, including a mix of letters, numbers and emojis, up to four characters. There are some community standard limits on the free engraving—no swear words or offensive combinations of emojis. The reverse is metal with an Apple ID. It feels good in the hand, not only for the shape and smoothness but also for having a substantial-feeling weight for such a small device. The AirTag measures in at 1.26 inches in diameter, and it has a height of 0.31 inches. It weighs 0.39 ounces (11 grams).

Apple was wise to design the AirTag around the common CR2032 battery, which lasts about a year then can be replaced by the user. However, there is no hole or hook on the device, meaning you must buy a separate holder for the disc, either from Apple or another third-party vendor, unless you want the AirTag to roll around loose in your pocket or purse. Some users have expressed concern that the glossy surface will scratch, so covering up may be a good idea.

Operating on the iOS Ecosystem
AirTags operate with Apple’s Find My app introduced in iOS 14.3. All of your Apple device locations can be displayed on a map in Find My. You can even label each AirTag or device, like “Bicycle” or “Phone.” AirTags connect to your iOS and MacOS devices over Bluetooth.

If you hadn’t guessed already, AirTags only work on the Apple system, so if you are an Android and PC user, you’re out of luck. Well, sort of. We have all Android and PC devices in our family, but also have a couple of iPads we use for reading and mobile entertainment. You can set up and use all the features of AirTags via an iPad, as long as the operating system is 14.3 or higher.

Apple added a U1 chip in each AirTag so you can see its precise location indoors or out if it’s nearby, or its last known location if it is not. There are built-in speakers to play a sound to find a lost device in the house. You can activate the sound through the ‌Find My‌ app or ask Siri to find an AirTag with a sound.

If an AirTag is lost or stolen, the ‌Find My‌ network can help you find it. It does this by tapping into hundreds (or millions) of other people’s iPhone, iPad, and other Apple devices with Find My activated. The speed and accuracy is somewhat dependent on how many Apple devices are around. If you are in a crowded town or city, chances of a precise location are great. A remote mountaintop, not so good. But overall, the AirTag finder capabilities are a market leader at the moment.

Finding Lost AirTags
In Lost Mode, an AirTag automatically sends a notification when it’s detected by someone in the ‌Find My‌ network, meaning the device is visible to other people. You can add your contact info so someone who finds your item can get in touch with you.

An iPhone with a U1 chip, which includes the iPhone 11 and the iPhone 12 models, can take advantage of Precision Finding, a feature that lets you see specific instructions on how to get to your lost AirTag. Precision finding combines AR, sound, and haptic feedback to help you out.

If you should find a lost AirTag or see it on your Find My network, it can be scanned with any smartphone that’s equipped with Near Field Communication to bring up contact information. You don’t need an iPhone to call up this info. NFC capable Android phones will access the contact data as well.

Are AirTags an Advanced Stalking Device?
If privacy alarm bells are not already going off in your mind, let’s run through a few things. The tracking devices work by tying into every single Apple device in the area that has activated the Find My app. Concurrently with the launch of AirTag, Apple announced allowing third-party vendors permission to tap into its Find My network. This makes it a powerful finder, and could also put a person at great risk if they are being tracked for nefarious reasons.

A button sized AirTag clipped onto your keys can save your bacon when you accidentally drop them at an event. But if someone else slips an AirTag into your pocket, bag or car without your knowledge, it could be used to track everywhere you go.

Apple has tried to discourage “unwanted tracking.” Technology built into AirTags warn potential victims, including pop-up messages and audible alarms from the device. However, critics have pointed out it can take up to three days for an audible alarm to sound, alerting a person to a hidden tracker.

Even if an iPhone user gets clued in that an unknown AirTag is moving around with them, an AirTag hidden with an Android user would not get any pop-up alerts. Currently, more than half of all smartphone users in the U.S. use an Android device.

Apple should receive some recognition for attempting to protect user’s privacy. According to the company, only you can see where your AirTag is. Your location data and history are never stored on the AirTag itself. Location data on the Find My network is encrypted. In short, Apple has done more to combat stalking than other tracking-device competitors like Tile, which so far have done nothing. However, there clearly are some gaps, as there chronically is when personal data, including one’s location, is put online.

Summary
AirTags are a useful convenience for keeping track of items that have a tendency to get misplaced. There is a lot to like about the product, from its design and technology to the attempts at safety features and reasonable price. It also seems that owning and using one does not pose the greatest threat—it is someone with their own AirTag using it to track another surreptitiously that is the problem. If you have the latest iPhone, security concerns are minimized.

AirTag is a highly efficient and affordable tracking device, and in the wrong hands that could cause serious harm. Experts confirm cyberstalking is very common, and particularly dangerous for women. Before Apple goes any further down this path, further development hopefully will be done to protect a person’s privacy when it comes to their movement, habits and location. 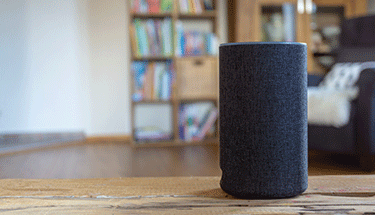 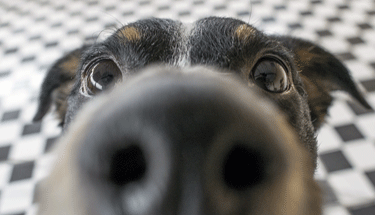 Hey Alexa, Can You Be Hacked?