The U.S. is facing a massive housing shortage, which doesn’t appear to be easing any time soon. Real Estate website Zillow says the number of homes for sale last year was 26% less than the year before. For 2022, they predict inventory will be down 42% over 2020. Last year, this left a gap of about 5.4 million units. On the rental side, prices have skyrocketed as well. Would be home-owners are staying put, making finding a rental extremely difficult in many markets. Builders cannot create new units fast enough.

A tech leader with a dream
There is a growing trend among tech expats to disrupt the broken U.S. housing market. Ryan Johnson worked at a San Francisco company that provides real estate software for buying and selling homes. He had a dream of building a walkable neighborhood, sans cars. Leaving the Bay area for his native Arizona, he created Culdesac Tempe, which “blends technology, real estate, and culture to reimagine our daily lives.”

Culdesac Tempe partnered with top mobility experts to create apartments within a neighborhood designed for walkability. Or pedal-ability- there are over 1000 bike parking spots. While there will be no cars within the development, there is a ride share service available. Residents also receive discounted Lyft rides, free metro rides and use of Bird scooters when leaving the neighborhood.

By taking away parking lots, there is much more room in the plan for green space, a large dog park and pool. When open later this year, there will be a neighborhood gourmet coffee bar and a corner grocery store. Residents can book a guest suite for visitors, or reserve time in the “makers space,” stocked with tools.

Culdesac Tempe plans to welcome its first residents in summer 2022. There also could be a Culdesac walkable neighborhood near you in the future—the company announced in January 2022 it had raised $30 million in series A funding to expand, and added more tech heavy hitters to their board of directors, including Lyft co-founder John Zimmer

Google housing projects
What does a high-tech behemoth do when they want to expand operations, but there is not enough housing for the expanded workforce? Build homes! In 2017, Google won approval to construct 10,000 homes in Mountain View, California. The plan is part of a giant 3.6 million square foot campus for the company. Besides housing, the area will include offices, shops, businesses and a public park. Around 20% of the homes will be priced at below-market rate, helping to relieve some of the area’s affordable housing crisis.

Though the project ultimately passed the city council, it wasn’t without a little strong-arming by Google. The company requested flexibility to add an additional 800,000 square feet of office space above its original plans, forcing a standoff with the city. Google said no office space, no new homes. In the end, the need for housing won out, and the city approved the plans.

Google dips its toes in Canada
Sidewalk Labs, a division of Google’s parent company Alphabet, announced plans in 2017 to develop a “smart city” along Toronto, Canada’s waterfront. Though Sidewalk pulled the plug on the project at the beginning of the COVID-19 in 2020, the Canadian Government regrouped and moved forward with new contractors in February 2022.

Called Quayside, the project is Canada’s first zero-carbon neighborhood at this scale (3.4 million square feet), and is a good example of out of the box housing solutions. Some features include: .

Earlier Google housing projects
Google, along with other large corporations, took advantage of Low-Income Housing Tax Credits (LIHTCs) to build affordable housing on the heels of the 2008 recession. The LIHTC program has financed 2.4 million affordable rental units since its inception in 1986. According to CNBC, Google bought up hundreds of millions of dollar of LIHTC’s providing housing in Iowa, Wisconsin, and California, according to CNBC.

Facebook’s California development
Facebook is extending their Menlo Park, California campus with a 56-acre walkable village that will include 1,729 apartments, shops, cafes, a grocery store, a 193-room hotel for its employees, and 1.25 million square-feet of new Facebook office space.

In a different era, the Facebook and Google developments in California would have been called a “Company Town.” Those former mid-century towns decreased in popularity, possibly because resident’s lives were at the mercy of a corporation, though in these new versions housing is open to the public.

Thinking outside of the box
In a recent Pew Research Center survey, nearly half of Americans said lack of affordable housing in their community was a “major problem.” Interestingly, people placed the housing crisis as a larger problem than COVID-19, drug addiction or crime in their community.

Whether it be a company development or a tech leader with a vision, re-imagining housing communities may not only help solve an impossible housing market but also provide resources to strengthen workforce development. 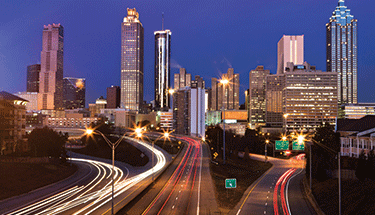 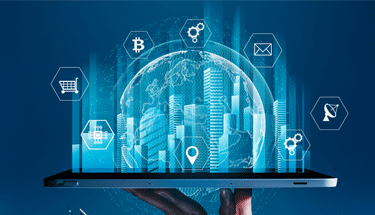 Looking Toward a Future of 5G and Edge Computing