Who says you have to be a doctor or hold a scientific degree to conduct experiments on human performance, health and wellbeing? A growing wave of biohackers are applying their own scientific theories and understanding of technology to experiments, sometimes outside any kind of traditional laboratory or academic setting. Often these DIY experiments are on themselves.

Biohacking can take several forms, but overall is a term to describe unconventional experimental biotechnology. Collectives of scientists and nonscientists around the world have been growing the biohacking movement over the past decade. Reasons range from free thinking not bound by corporate or academic structure, to driving innovation and not waiting for years or decades for discoveries to come to market. Others look to enhance their human form or increase how long we live in healthy, vital bodies.

In our internet connected world, biohackers have several forums to share ideas and meet in person through collaborative community labs, or “hackspaces.” They even have their own global summit.

Grinders
Depending on which faction of biohackers you follow, projects could be educational in nature, often combining science, engineering, technology and art. Grinders are a hands-on form of bio-hackers interested in upgrading their own body.

We are probably all familiar with cyborgs—a human being with visibly mechanical parts- from popular science fiction movies like Cyborg from DC Comics or the Borg from Star Trek. Grinders seek to modify their own bodies with do-it-yourself cybernetic devices.

Grinder implants range from the practical—an implant to monitor bloodwork or a skull attached device to help a colorblind person “hear” colors, to more gadget oriented, like an eyeborg to deliver a camera angle from the wearer’s eye for filmmaking to a chest implant so a person can always detect true north.

Popular garage lab hacks include RFID and NFC implants so you can purchase a latte with a swipe of your chip-implanted hand, or having a rare earth element magnet implanted in the tip of your finger. Some don’t really have a purpose, such as an LED light implant, other than decorative or artistic. These include a full range of “wetware” modification hacks—elfin ears, forked tongue or devil horns to name a few. Wetware is the term for human subjects of biohacking, drawn from the concept of applying technology and hardware to biological life forms.

What first caught my attention about biohacking grinders was an article by Ben Hopper in The Verge a few years ago. It was both stomach-churning and fascinating. He visited Grindhouse Wetware, a startup basement lab in Philadelphia, and let a citizen scientist Tim Cannon slice open the tip of his finger with a scalpel to implant a magnet in his fingertip. The procedure was done without any kind of anesthesia, because that would be illegal, as is any invasive surgery without a license.

The superficial implant alone has little function other than to sense electromagnetic fields such as a kitchen microwave or when getting close to high-tension power lines. But, according to Cannon, the magnet is providing your body with a simple digital input. When paired with a small echolocation device created by Cannon and partner Shawn Sarver, the implant can help relay the shape of things around the room and how far away they are. While there isn’t an immediate practical purpose, one does start to see the possibilities. However, Grindhouse Wetware has dropped out of the limelight in the past few years, and implant demand in the U.S. has diminished.

One theory is that wearables—those attached outside your body, have gotten better. One can put on an exoskeleton without implanting rods in their legs, or even work with an external brain-computer interface, then take the device off when needed. Which would have come in handy for Hopper, who had his magnet removed to be able to get an MRI exam.

Genetic Biohacking
There is another strain of biohacking focusing on the lucrative field of genetics, with biohackers experimenting on themselves with gene-editing tools such as CRISPR. According to LiveScience.com, “CRISPR technology is a simple yet powerful tool for editing genomes. It allows researchers to easily alter DNA sequences and modify gene function. Its many potential applications include correcting genetic defects, treating and preventing the spread of diseases and improving crops.”

In 2015, American entrepreneur Liz Parrish injected herself with an unproven anti-ageing gene therapy, having flown to Colombia to avoid U.S. regulations. Parrish claims the unauthorized and untrialled treatment is a success. Although her company is no longer leading the charge on the treatment, one of her scientific collaborators is. Parrish’s interesting story was featured in Outside magazine.

Former NASA biochemist Josiah Zayner injected the gene-editing tool CRISPR-Cas9 into his arm while giving a talk to students about genetic engineering and livestreaming the event. He had modified the gene-editing tool to initiate a genetic change associated with dramatic muscle growth. While Zayner later regretted using a stunt to call attention to biohacking, his company The ODIN, continues to sell home genetic engineering lab kits. One can start biohacking with a DIY Bacterial Gene Engineering CRISPR kit. Or for fun you could learn how to genetically modify an animal or make fluorescent yeast for your next batch of glow-in-the-dark beer.

This is just a glimpse of what DIY gene editing bioscience is capable of, but there are some stickier issues of hacking living systems.

Regulation and the law
Many of the examples of biohacking I came across would fall under the category of “don’t try this at home.” It’s fine to be a do-it-yourself person, but without research, common sense and an understanding of legal ramifications, you could find yourself arrested or seriously ill. If you have to leave the country to get biomodifications, that should be a sign.

Regarding body-modifying grinders, it is illegal to perform surgery without a license. Even using a scalpel to place items under the skin is walking a fine-line. However, grinders are exploring a level of medical certification that would allow more invasive procedures, including those involving organs.

Josiah Zayner demonstrated a simple procedure using CRISPR to modify bacteria, making a long-lasting strain of e-coli. You can imagine the risks of that knowledge in the unregulated hands of citizen scientists.

Projects like these have caught the attention of the FBI and others in the bioethics community. The FBI even got involved in sponsoring biohacking workshops to better understand the growing movement. At the time it was generally concluded that development of material for bioterrorism was extremely unlikely, but subsequent advances with CRISPR have raised new concerns.

So, kits sold on the-odin.com website and elsewhere are intended for educational purposes, and should not be used to experiment on themselves or other people. Uh huh, right.

Determined citizen scientists are forging ahead, modifying organisms, including themselves, for personal enjoyment or the hope of scientific breakthroughs, hopefully not to the detriment of living beings or society. 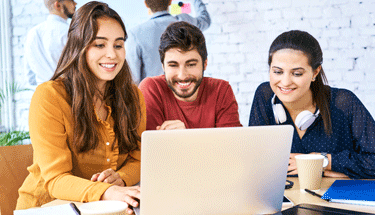 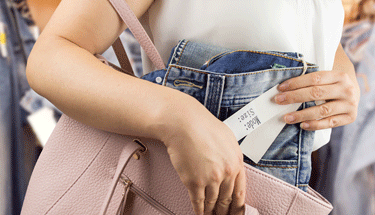 The Top Technology to Prevent Shoplifting