Celebrating the Rise of Geekiness

I’ll never forget a conversation on Amtrak a few years ago. I was coming from buying equipment at the National Association of Broadcaster’s convention in Las Vegas, headed to an engineering seminar in San Diego. A geeky passenger on his way to Comic Con said I was really nerdy. Et tu, Brute. We laughed self-consciously.

If you’ve started working in a STEM field (science, technology, engineering and math) in the past 20 years or so, you’ve likely landed in a cool and well-paid field. But that path was forged by some pretty nerdy folks that didn’t always fit in with the popular kids, myself included. Brainiacs, nerds, dorks, geeks, Poindexter. These used to be derogatory labels that have now gone mainstream and popular. Suddenly I was at the cool kids’ table. What changed for us slightly weird intellectuals? A lot, and the internet plays a big role.

What’s in a nerd?
There is a bit of a difference between a geek, nerd and dork. Geeks can be collection-oriented, or keenly focused on recent developments in a particular interest area. An adult with a massive collection of action figures and no children would be a sign you may have stumbled upon a geek. Of course, the word origin is a little darker. Geeks are sometimes attributed to old-time carnival performers who might bite the head off a live chicken, or other destructive feat, as part of an act. Nerds are engaged in more studious pursuits, being achievement oriented in their intellectual fields. Dorks are not really in the same league, being noticed more for being socially awkward.

The effect of the digital revolution
Sure, there were geeks and nerds in pre-digital times. While we weren’t all in our parent’s basements playing Dungeons and Dragons, spending countless hours at the library, or experimenting and inventing gadgets, these non-mainstream pursuits created some social outcasts.

Then the internet happened.

Not only would the internet turn things around for marginalized smarties, there were new super-nerd icons in Steve Jobs and Bill Gates. Check out the 1983 “Dating Game” spoof created by Steve Jobs called the ”Macintosh Software Dating Game”on YouTube. The hilarious premise brings three giants of the software world, including Bill Gates, to “steal Job’s heart” on-stage. It was meant to be a playful demonstration of Apple’s involvement and support with outside talent, but turns out to be a nerdy preview of the tumultuous bromance that would follow the Jobs-Gates pair for years to come.

People in my crowd quickly grasped the concepts and potential of the internet, and were thrilled. To those less tech savvy –back then that was pretty much everyone–we were like gods. I would have a crowd of people stand behind me, watching, oohing and aahing while I accessed the World Wide Web, and chatted with people across the country via a dial-up modem. It was slow and clunky, but to the observers it was as if I had invented fire. The status of geeks and nerds did a total 180 from the 80s and 90s. Our mad skills and technical know-how became in hot demand, and still is.

A focus on STEM
Along with increasing rapid growth in new technology, there is a tremendous need for current and future workers in science, technology, engineering and math. Opportunities are lucrative.  A typical STEM worker earns two-thirds more than those employed in other fields according to Pew Research Center.

Companies are scrambling to fill gaps. As one journalist put it, “My Google alert for ‘STEM education’ is filled with publicity about successful STEM workshops or the launch of a new after-school program.” According to the US Bureau of Labor Statistics, STEM jobs are expected to grow 10.5% between 2020 and 2030 compared to 7.5% growth for non-STEM jobs. This equates to 1 million more good-paying job openings over 10 years. In other words, the workforce needs more nerds!

Although women in STEM jobs are not as rare as when I worked in broadcast engineering way back when, the numbers are still low. Women make up only 28% of the workforce in science, technology, engineering and math. Organizations like womeninstem.org encourage women and girls to consider STEM careers. They hope to change the narrative of male-dominated industries, dispel gender stereotypes and provide positive female role models.

A media push
Hollywood did their part by appealing to the bits of geekiness in all of us with the Star Wars series of movies, reimagining Superheroes of Marvel comic books and bringing nostalgic classics like Tolkien’s “The Hobbit” and “Lord of the Rings” to the big screen.

On television, there are a lot of examples of bringing nerds into the mainstream. However, “The Big Bang Theory” TV show that ran from 2007 to 2019 probably has the most stereotypical scenarios for geeks and nerds all in one place. There’s a pair of high functioning, but flawed, theoretical physicist roommates: Sheldon, with major OCD; and Leonard, a frumpy dressing nice guy who lands the prettiest girl next door. Raj is a lonely East Indian who can’t talk to girls unless he’s drunk. The competitive Jewish aerospace engineer, Howard, marries a woman like his mother. There is a satellite dorky character with a lisp who owns a comic book store, and is a social outcast even from the nerdy scientists. But my favorite character is Amy, a neuroscientist, who wears thick glasses and sensible clothes while she awkwardly pursues a relationship with Sheldon. In real life, the actor who plays Amy has a doctorate in neuroscience.

Fashion influences
Suddenly, it was cool in fashion and Hollywood to look and dress like a nerd, with stars like David Beckham and Justin Timberlake donning thick-rimmed glasses. The phrase “Geek Chic” was officially added to the Oxford English Dictionary in 2013, supporting the fashion choices of well-shod nerdy intellectuals, comic book enthusiasts, and people who spend too much time on the internet. For men, that means a plaid shirt, horn-rimmed glasses, a cardigan, trousers, a bow tie and loafers. Ladies geek chic is a bit more versatile. The style could include a crisp button-down shirt tucked into dark cropped pants with matching suspenders, a tailored coat, loafers, and, of course, bookish glasses.

Why is fashion emulating geekdom? Some industry experts say it is because people find intelligence attractive. A recent article about dressing like a dork says it throws up a middle finger to traditional fashion trends. There’s also nostalgia, bringing back a look from the past. Or, functionality could influence the trend. The pocket protector is gone, but a guy might need a man-purse or ample pockets for his digital devices.

My take
Maybe geeks, nerds and dorks are not only cool for their knowledge. We all have evolved to be more accepting of others, and our weird, wonderful quirks that make up our communities. This allows us to live more authentic lives and be our nerdy, wonderful selves. 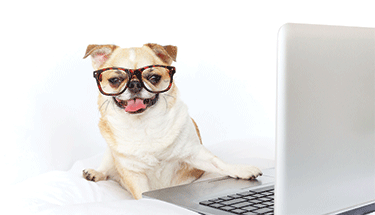 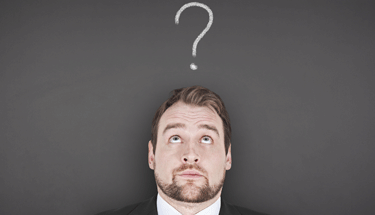 From Gigahertz to GPU: What’s it All Mean?