Consider Today’s Technology A Mixed Bag Of Tricks And Treats

Here’s Some Creepy Tech that can be Downright Scary!

October conjures up spooky thoughts as we draw closer to All Hallows Eve, a time traditionally celebrated to ward off ghosts in the transition between summer and fall. In the spirit of the season, here are a few other worldly, or just downright creepy tech products and trends for your consideration.

A painfully weird app for the Metaverse
We might feel a little less weirded out about the Metaverse if we could figure out what it is and what we are supposed to do there. Build a virtual life? Thanks, I’m busy with my real one. But one Spanish company catering to the Metaverse has made the perception even weirder. A new line of smart, and sometimes painful, clothing from Owo recently entered the picture. Skin-tight shirts e-fitted with electrodes in 10 locations making contact with one’s upper body, all controlled by a phone app. While wearing the Owo skin in the Metaverse, you can feel the sensation of bugs crawling on you, falling through the air, being stabbed, shot at from a drone and other sensations. Think I’ll wait for the bubble bath, candles and rom-com virtual reality!

Creepy smart speakers
Smart speakers are still listening in, and so is Amazon. A report released in April, 2022 concludes that Amazon and third party marketing companies collect data from Alexa through Echo smart speakers and share it with as many as 41 advertising partners to serve up targeted ads across the internet. But what is even creepier is that not only is Alexa listening, an Amazon employee could be eavesdropping, too. Amazon confirmed that thousands of full-time workers and contractors in several countries, including the United States, Costa Rica and Romania, are each listening in to as many as 1,000 audio clips each per day. These global teams transcribe human voice commands, but also capture mundane, personal and possibly criminal conversations. Bloomberg reported it is theoretically to help improve Alexa’s grasp of human speech. A quick Google search reveals pretty much every smart speaker on the market is collecting your data, unless you opt out, which in the case of Google, is not that easy to do.

A headband that lets you control devices with your brain
Mynd Hub promises you can move things with the power of your mind. By connecting any USB gadget, electrical, mechanical or smart home device, a person could use their mental focus and calm to do things like turn things on and off or create an electrical current to power a device. That would really come in handy when camping and your cell phone goes dead! You could focus your mind to turn a light to turn on inside the tent too. There is also a luxurious meditation chair that rises and falls with the rhythm of your mind. I would be happy to test one out—I’ll set my mind on it!

Disturbing app developers
Most of us have some unease when downloading a new app, and may even conduct our due diligence to make sure the app is legit and has privacy controls in place. And we want the service promised by the app! But some apps collect a lot of information. Am I applying for a job or trying to download a plugin?

One research group measured the degree of discomfort in a study of 751 participants. There weren’t any issues with agreeing to the lengthy license agreements that no one reads. But when apps requested more personal information than normal, even presenting wording that could be construed as threatening, users felt disturbed. The study conclusion suggested that app developers be “less creepy” by being less intrusive and using better wording.

Creating fake humans instantly from your laptop
Need a spokesperson for a product launch or explainer video, but don’t have the budget for an actor, camera crew and editor? Just type in a video script and Deepbrain’s AI Studios will instantly generate a deepfake human to perform that script. Or, with a little planning, your partner can be recorded for later use as a deepfake AI, so you can continue to meet and talk to them after they are no longer living in real life. Except for a little excess blinking, these are the most real looking AI humans I have seen so far. Rather than starting out with a 3D model and trying to make it look human, Deepbrain AI uses sophisticated video synthesis technology, recording voice accents, facial expressions, mouth shapes, body movements and more. These recordings are processed through deep learning technology into full HD humans instantly. Choose from various AI models and ethnicities, which can also be customized if you prefer a different look. I wonder if my AI human could go to work for me in online meetings? Maybe no one would notice the difference between my human intelligence and artificial intelligence.

The big tech company that has us in a trance
Like zombies, we willingly let Google access our personal data. Even though they say they are not selling it, yeah, they pretty much are. Here is a creepy example. I was talking to a friend on my cell phone, who mentioned they had vacation property near a small town on the Oregon coast. I used Google maps to see the location while we were talking. After I hung up, a VRBO ad popped up for vacation rentals in the exact same small coastal town I had never heard of 15 minutes before. It really freaked me out. I did a little digging to see how this happened.

“Google will never sell any personal information to third parties; and you get to decide how your information is used.” – Sundar Pichai, Google CEO

Before I call liar, liar, pants on fire on Mr. Pichai, let’s look at how Google gets away with sharing info about you. You can decide for yourself.

First, Google deploys some carefully worded text that says it gives access to your data, it doesn’t sell it. For background, here is some legal terminology about what constitutes a sale from the California Data Privacy Act: “Any exchange of personal information for “valuable consideration” is, with some exceptions, a “sale.”

Google started out as a search engine, and now 92% of all internet searches in the world go through the tech company. Google reorganized and reformed under Alphabet in 2015. There are 21 companies under Alphabet that we know of, including well-known brands such as Google Maps, Google AdWords, Android, YouTube, Nest and Waymo. Plus, there is hardware like Google Home, Pixel, Chromecast and more.

Google observes and catalogs information about people while they are using any of these 21 Google apps or devices, and monetizes the data in two major ways:

We must assume that Google gave my Google Maps information, and anything else they know about me, including that I like to travel, to VRBO. Then, VRBO’s GoogleAd campaign immediately delivered an ad to me about the location I had looked at on Google Maps. VRBO paid Google for the ad. Sure sounds to me like Google got something of value for my data.

A floating residence to colonize the moon or Mars
I didn’t realize our climate battle to save planet earth was going so poorly! Sierra Space is preparing for when people live in giant inflatable houses on the moon, or even Mars. Along with a space plane called Dream Chaser, the company is showcasing a large inflatable space home named the LIFE (Large Integrated Flexible Environment) Habitat, which will launch from a rocket into LEO (Low Earth Orbit). It will then inflate to a structure three stories tall by 27 feet wide, and includes an Astro Garden to grow fresh produce on long missions.

The company also promises a mixed-use business park in LEO for commerce, research, and tourism by the end of this decade. Adding floating houses and a tourist attraction to LEO with no global controls over the amount of space junk that is already floating around? Now that’s scary! At least the views will be amazing. 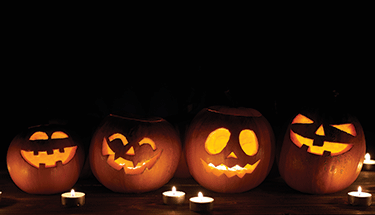 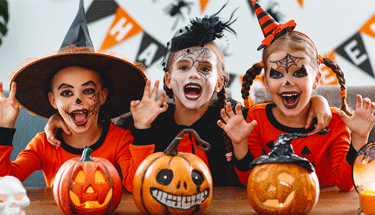