Do Americans Care About Artificial Intelligence?

When it comes to emerging technology, the opinion of a broad swath of Americans shows low enthusiasm. When honing in specifically on different aspects of Artificial Intelligence (AI) and human enhancement technology, those in a new Pew Research Center study responded with caution, uncertainty and a fair amount of mistrust over whether technology would be applied appropriately and equitably.

The Pew Research Center report released in March queries about AI applications such as use of facial recognition by police, in business roles taking over human decision making, envisioning a future with driverless passenger vehicles, and the application of computer algorithms by social media companies to find and screen false information on their sites. It also raises questions that affect the human condition, including computer chips that enhance one’s brain, gene editing babies DNA to prevent disease, or outfitting manufacturing workers with exoskeleton suits to improve strength for lifting heavy objects.

Reading through the 30-page survey summary, I noticed a couple of interesting things.

The bulk of the survey was conducted between Nov. 1 and 7, 2021, involving 10,260 U.S. adults. However, the survey started out with a couple of general questions, taken over a broader period. One queried people’s opinion of whether “science has had a mostly positive effect on our society or a mostly negative effect on our society.” This was asked in 2016, 2019, and then at the beginning of 2021 and the end of 2021 during Covid-19. Faith in science declined 8% between 2019 and 2021, then declined an additional 3% by November, 2021. People’s faith in technology declined 8% during the same pandemic time period.

The data does reveal that most respondents feel AI modeling would mostly reflect experiences and views of white males and people of affluence would receive greater advantages from the benefits of the technology discussed.

It seems Pew Research’s comment in a related article that “Americans see promise in the ways these technologies could improve daily life and human abilities” is a bit misleading. There are few areas where answers are overwhelming in favor or against any topic, except as noted below. If anything, wariness over possible impacts of such technologies is a common thread, as well as low knowledge on some topics, combined with high uncertainty of where respondents stand on issues presented.

When asked about incorporating AI programs into tasks of daily life, more people were concerned than excited. Human job loss tops the list of concerns, followed by surveillance, hacking and digital privacy. Under this and other topics, lack of structure and oversight for such applications is a key issue.

One thing people are excited about is AI “preventing some people from getting serious diseases or health conditions.”

However, most think computer chips that enhance one’s brain is a bad idea. There were some positive responses to possible benefits, especially in the area of solving medical issues like memory loss and paralysis. Still, most people think this is “meddling with nature and crosses a line that should not be crossed.”

Opinions about editing babies’ DNA was just about equally split between “good idea,” “bad idea” and “not sure.” There was a strong response in favor of treating serious diseases or health conditions a person currently has, but people are strongly opposed to changing a baby’s physical appearance to make them more attractive.

In other areas of business, the majority of people were strongly against AI taking on several examples of human decision making, including:

Most were in support of police using facial recognition to support public safety, with benefits outweighing concerns. Top rated places where respondents approved of using facial recognition included monitoring public protests, scanning crowds at large events, at retail store checkouts to enhance credit card security and at apartment building entrances and exits. However, 66% of respondents think the widespread use of facial recognition technology by the police would lead them to monitor surveillance of Black and Hispanic neighborhoods more frequently than other neighborhoods.

There was overall low enthusiasm for driverless vehicles (DV), with more seeing the prospect of widespread use such vehicles as a bad (44%) rather than good idea (26%). Further queries revealed that confidence would be improved by applying a much higher standard of safety and effectiveness over traditional vehicles. Acceptance would rise if DVs had their own lane, were clearly marked and had transparent reporting on each DV accident. Most respondents reported having at least some level of comfort sharing the road with DVs.

Exoskeletons would potentially help people in jobs like factory workers and firefighters lift heavy objects. Of those surveyed, 42% were unsure if exoskeletons are a good idea. However, people surveyed were more accepting of the technology if operators were to be licensed, if it would aid first responders, and improve worker safety and quality of life.

Overall, less than half of the respondents believe these technologies would improve things over the way they are now. 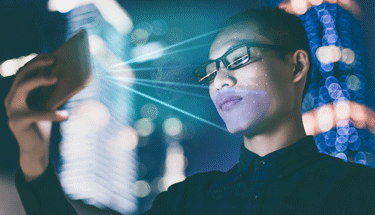 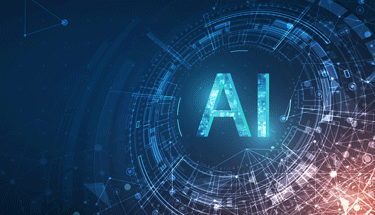 How AI Can Improve Cybersecurity