You’ve finally made it away from town for some peace and quiet on one of Minnesota’s pristine forest lakes. There is a persistent buzzing you can’t quite place. Finally, you look up and see a giant plastic insect not only sharing the view, but seemly taking you in, hovering just a few feet in front of you.

Drones, or tiny unmanned aircraft, have been among the hottest gifts for the past few holidays. More than 3 million of them were sold in 2017 alone, so expect they will increasingly share our airspace. It seems regulations are playing catchup with concerns about safety, privacy and noise. On the other hand, the images captured by drones are amazing, and they are proving value in a public service capacity. If drone flying is in your future, there are few things to know.

Check with city and county governments where you plan to fly. Certain areas, and even whole towns such as St. Bonifacius in Hennepin County, are off limits. You also cannot fly drones in Minnesota State Parks or National Parks across the country.

State forests and some national forests allow drones, but operators are discouraged from buzzing campgrounds. Note that drones are allowed to fly in the Superior National Forest but prohibited in the Boundary Waters Canoe Area Wilderness (BWCA), though these areas overlap.

There are also Federal Aviation Administration rules: Drones cannot fly higher than 400 feet, they are not supposed to fly over people, within five miles of an airport, near stadiums, emergency responders or firefighting operations.

There is a distinction between flying for fun as a hobby and flying drones commercially where you receive payment. In addition, drones weighing more than half a pound must be registered with the FAA. There is a $5 fee and you must label the unmanned aircraft with appropriate FAA terms or risk penalties. Check the website www.knowbeforeyoufly.org for more details.

Drones are hard to fly the first time. The aerial vehicles typically have quad rotors, or a similar configuration, that enables them to not only fly back and forth but also straight up and down. Before spending a thousand bucks or more on a quality drone, practice take offs, hovering, landing and photography skills with a $50 model you don’t mind losing to a tree or crashing to the ground.

Where Drones are Doing Good

A birds-eye view adds an attractive element to tourism promotions, and have greatly enhanced business offerings such as real estate photography, allowing buyers or tenants a better view of properties they are considering. For building inspections, especially for tall or dangerous structures, drones can capture angles and access areas where humans cannot. Assessing an unusual edifice, such as a lighthouse, where waves or weather may otherwise create a dangerous situation, can be handled safely by the appropriate type of drone and a remote operator.

For scientific studies, drones can be equipped with navigational equipment and capture data such as temperature, moisture and foliage density from specific locations, along with photos or videos of the area. Scientists are looking at a variety of applications, including using drones as cell towers during natural disasters, detecting wildfires and monitoring wildlife.

Police departments are increasingly using drones to assist them in watching over large crowds or to help chase a suspect. Increased use of drones, however, including by the government, has raised serious privacy concerns. 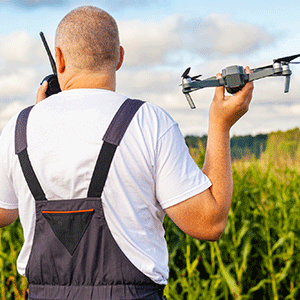 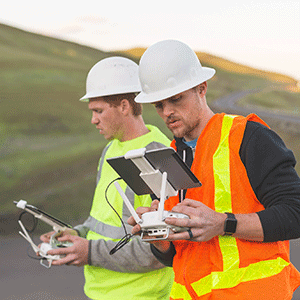 No one wants to see a drone outside their bedroom window, and its likely quite a few of us would have a problem with drones using facial recognition to further spam us with marketing (or worse). While there is a voluntary guidebook on drone privacy from the National Telecommunications and Information Administration, but there are not yet laws that specifically protect an individual’s privacy from drones. The guidelines recommend operators notify people when flying a drone that is collecting personally identifiable data nearby. NTIA also suggests informing people how the data being collected will be used. These are suggestions, however, not rules or laws. There was a Drone Aircraft Privacy and Transparency bill introduced in Congress in 2017, but it has yet to pass the House or Senate.

And no, Minnesotans, you cannot shoot a drone hovering over your property. You can, though, report the drone and operator to authorities. The operator may be in violation of the state’s peeping Tom law, or in violation of laws protecting the safety of persons or property.

Safety is also a growing concern. In one six-month period in 2016, the FAA reported 1,274 possible drone airspace violations reported by pilots, air traffic control, law enforcement and members of the public. A Federal Aviation Administration-sponsored study warned of the potential threats that drones pose to airplanes and helicopters, recommending that drone manufacturers use less metal to minimize risk in drone collisions.

One of most publicized future applications has been proposed by Amazon.com to deliver packages via drone within 30 minutes after ordering. The program proposed to have drones carry and deliver packages up to five pounds within a 10-mile radius. The FAA initially quashed the plan, prohibiting any object from being dropped from an unmanned vehicle. But the FAA later gave Amazon an exemption, allowing the company to perform tests of its delivery drone in the U.S.

Whether it be a package delivery service, research by scientists or a hobbyist sending an unmanned aircraft aloft for fun or profit, drones are going to create a lot of new possibilities for new ways of doing things, some good, some bad. Hopefully, regulations can keep pace with advancements, maintaining some sense of peace in the outdoors and personal privacy. 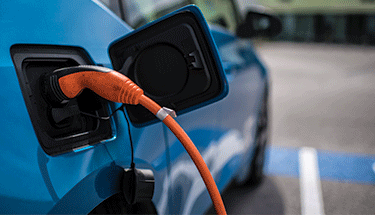