Over the years, technology has changed the world. While there are advances in all fields related to humankind, inventions are especially captivating. Here are a few examples of where emerging technology meet human ingenuity.

An Iron Man-like ‘Smart Suit’
Back in 2013, the U.S. military announced their intention to create a futuristic, human-worn exoskeleton for soldiers. This elite super suit was to be an untethered, bulletproof hydraulic-powered anthropomorphic shell enabling users to carry loads of up to 200 pounds for extended periods of time and over all terrains. The plan for the Tactical Assault Light Operator Suit (TALOS) was revealed with glossy images that looked like the military was channeling Stan Lee’s Iron Man character.

Fast forward to February of 2019. The military admits the technology is just not there yet for a full wearable suit for combat, but the effort has developed pieces that have military value, like computerized, networked helmets and a lower-body booster that is meant to make running and long marches easier while carrying heavy loads.

But what about flying?

TALOS may be far off from flying, but private developers are not. Former British Royal Marine Richard Browning developed a flying suit in 2016, and has been making improvements ever since. The current Gravity Jet Suit by Browning’s Gravity Industries achieves flight by two small jet engines strapped to each forearm and a slightly larger jet attached on the user’s back. The suit is capable of 1,050 horsepower of propulsion, more than most Indy cars. You can have your own flying suit for a mere $400,000, or see one at a Gravity event.

Glasses-Free 3D
Would you like to go to a 3D movie without wearing the clunky Clark Kent style 3D glasses? You may get your wish if Avatar director James Cameron can fulfill his promise to release an Avatar sequel in 2020 with an improved 3D experience without glasses.

Progress on the technology looks hopeful. The Nintendo 3DS already operates without special eyewear. Glasses-free 3D TV technology exists too. However, to translate these technologies to the large screen may prove difficult, especially when viewing from a side angle.

Your Arm as a Smart Watch?
A new prototype smartwatch that can turn your arm into a touchscreen. I have to admit, the first thing I thought about when researching the LumiWatch is my husband’s hairy limbs. I can’t imagine him swiping through a forest of hair, let alone viewing anything.

But I guess all ideas have to start somewhere. Researchers at Carnegie Mellon University and ASU Tech have combined forces on the prototype LumiWatch. This smartwatch projects an interactive surface onto the wearer’s arm or hand, allowing tapping, swiping and other watch functions.

The LumiWatch is self-contained and made up of a logic board, projector, depth sensor, metal enclosure, and battery. The projector uses three lasers of red, blue, and green, and the projection is bright enough to be seen outdoors. The watch features a 15 lumen scanned-laser projector, continuous 2D finger tracking, a Qualcomm 1.2 Ghz quad-core CPU, 768Mb of RAM, 4GB flash memory and a 740 mAh lithium ion battery with Bluetooth and Wi-Fi capability. It runs on Android 5.1. The researchers found the watch lasts over one hour of continuous projection, and with intermittent use they anticipate the battery would last for around a whole day.

Developers expect prototype copies of the LumiWatch to sell for $600 (arm shaver not included).

Doctors Learning by Playing Video Games
A batch of video games is proving to help doctors sharpen their skills for surgery. Level Ex games are based on actual and sometimes rare cases that have been submitted by physicians. Doctors can even earn continuing medical education credits toward maintaining their licenses.

In addition to video game developers, Level Ex also employs full-time medical doctors and biomedical engineers. The company takes input from more than 150 physicians from institutions like Harvard, Stanford and Northwestern who submit cases and review the accuracy of game challenges.

As part of the various scenarios, players are scored on speed, tissue trauma, loss of blood, how accurately the procedure is done and whether the virtual patient survives.

Doctors can compete against other physicians, comparing their top scores or hone skills by themselves. Like other video games, challenges get harder as the game progresses.

The free game apps are intended for those in the medical field, including using medical jargon, but anyone is welcome to download and play them.

Your Personal Flying Saucer
Instead of a little green Martian in a tiny spacecraft, it could be you hovering and soaring over the neighborhood. A group of scientists, engineers and designers in Tacoma, Wash., have developed a flying saucer meant to carry a human. Instead of the sleek cartoon version, expect this one to look more like a bulging disk with propellers.

ZEVA, which stands for Zero-emissions Electric Vertical Aircraft, is touted as the best vehicle so far for personal point-to-point transportation. It can take off and land vertically almost anywhere. With a cruising speed of 160 mph and a range of 50 miles, ZEVA could fly you from home to the office in no time.

Other potential uses include taking first responders to a scene fast, making deliveries with a 200-pound payload or making ship to shore transfers. ZEVA can also operate without a pilot, expanding its value in treacherous search and rescue situations.

ZEVA takes off and lands vertically like a helicopter or civilian drone. It needs no runway for takeoff or landing. Instead it uses lasers to project its landing spot on the ground to warn pedestrians.

ZEVA is still in the crowd funding stage before the craft can become commercially viable. However, this is just one example of a new generation of personal flying machines in development. Even Uber is working on a flying taxi. Boeing, the world’s largest aerospace company, has a GoFly competition, where the challenge is to build a personal aircraft that is safe, quiet, ultra-compact and capable of carrying a person for 20 miles without refueling or recharging. To qualify, a prototype must fit within an eight-and-a-half-foot sphere, and must be successfully flown by the October 2019 deadline. The sweet reward for the winning prototype is more than $2M in prizes.

The Future is Now
We live in an exciting era where we can watch the rapid acceleration of new technologies and how inventors, engineers and scientists cleverly apply that tech. While the skies might get a little crowded with personal flying vehicles, tech advances will likely add to our entertainment and continue to solve a range of problems in many fields as the future unfolds. 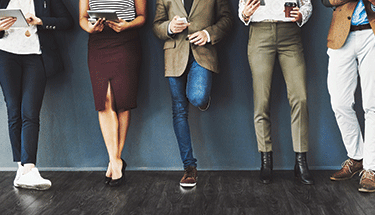 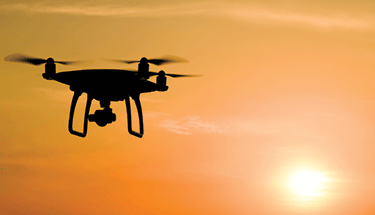