How Your Internet and Phone Signals Travel

A deep dive into our undersea communications network

It might surprise you that about 99% of our internet and voice communication is transmitted by undersea fiber optic cables. It is only in the past few years that satellite communication became a viable option to provide significant network capacity in the future. However, that transition may take a while.

The sea floor contains various elevations just like earth’s surface above water. Maps are made of the seafloor and a route is created, avoiding geological obstructions and faults, fishing zones and other dangers. Submarine cables are carefully dispensed from specially modified ships, according to the established seabed route. Near shore, cables are buried.

Modern submarine cables are about the size of a garden hose. They contain a core of optical fibers, each one about the dimension of a human hair. This core is surrounded by several protective layers of plastic, copper, steel and yarn. Lasers on one end fire at extremely rapid rates down the thin glass fibers to receptors at the other end of the cable.

As of 2021, there are approximately 426 submarine cables in service, spanning nearly 90 thousand miles. Cables are owned by consortiums of telecom companies and private companies. More recently, internet companies like Google, Facebook, Microsoft, and Amazon have surfaced as investors in new undersea cable projects.

While speeds vary, the new MAREA submarine cable from the United States to Spain is capable of 224 TeraBits per second (Tbps) which is equal to 224 trillion bytes per second.

Submarine communications cables can last 40 years or longer, but they’re often retired around 25 years earlier because they’re economically obsolete. As technology evolves, newer cables provide more capacity at a comparable cost. After their useful life, cables may be abandoned on the sea floor. Other companies may obtain rights to pull them up for salvage. Alternately, retired cables can be relocated to areas with smaller capacity requirements or limited budgets.

For more information on submarine communications cables, check out this info page from PriMetrica.

Submarine Cable Problems
Undersea cables have vulnerabilities, primarily dredging from commercial fishing nets. They can also be damaged by anchors dropped from ships, chewed by marine life, hit by natural disasters and sabotage. Another drawback—laying at depths of up to 6500 feet, underwater cables are not easy to maintain.

Security is also an issue for submarine cables. Maps of undersea cables are publicly available so that shipping can avoid damaging cables by accident. This makes the information accessible to criminal agents. There have been malicious incidents of breaking or tapping into submarine cable communications, both in the private sector and by governments.

Why Don’t Companies Use Satellites Instead?
First, let’s review a quick primer of satellites used for communication.

Satellite’s work by beaming information through space, relaying radio frequency (RF) signals from satellite to satellite, and/or moving with the rotation of earth to compensate for the curve of the earth, as well as sending signals to the ground. Most are in a Low Earth Orbit (LEO), 99 to 1,200 miles above earth, though some reside in Geosynchronous Equatorial Orbit (GEO), about 22,000 miles above earth. There is a longer communication time lag (latency) the farther away a satellite is from earth. Many critical communication satellites reside in LEO, and the space is getting crowded. The U.S. Federal Communications Commission (FCC) has authorized SpaceX to fly 30,000 satellites in LEO. We’ll discuss more about satellites in a future article, including advancement in the private sector driven by Elon Musk’s SpaceX.

Communication satellite expansion has little to do with submarine cable deficiencies. Satellite’s greatest strength is reaching far-flung places around the globe not yet connected by fiber. Musk said SpaceX satellites are “especially for those where connectivity is nonexistent, too expensive or unreliable.” Satellites also have the advantage of distributing content from one source to multiple locations. Then there is 5G—the fifth-generation mobile network. To fulfill their role in 5G, communication companies need stable access to a satellite spectrum in LEO.

Satellites are not without vulnerabilities. The antenna is the most vulnerable part of satellite communications systems. Transmitting an RF signal, the antenna could provide access for intentional attacks such RF jamming, spoofing and meaconing. The antenna is also more exposed than a sea cable, and vulnerable to deliberate physical attacks.

Why is the Submarine Cable Network Expanding?
As of 2019, the bandwidth needed for global communications was about a full petabit (1,000 terabytes). That demand doubles about every two years. So, as the U.S. and other countries race to build a sky network, the undersea communications network keeps increasing to keep pace with demand.

Today’s submarine fiber optic cables can carry far more data at far less cost than satellites, when comparing the two methods on a bit-for-bit basis. So even as more satellites appear in the night sky, don’t expect submarine cables to disappear anytime soon. 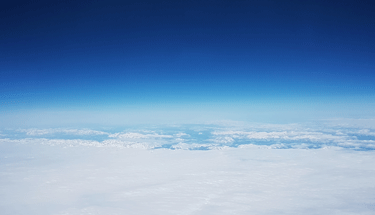 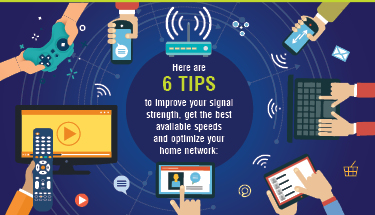 LEO: The Next Space Race

6 Ways to Optimize Your Home Internet