Relationships in the digital age

Have you noticed that people would rather text than talk directly? A current smart phone can show when a person is typing and when they have read a text, so you know that certain someone got your message. Why did they not respond? The next step is to look them up on social media and see what they are up to. This dependence on technology is not only changing the way we communicate and interact, it is also influencing our dating relationships.

How We Used to Meet People
Before the internet, you had to get to know someone in person, and there was no easy way to investigate them other than asking others that knew them. Thirty years ago, many were still getting married right out of high school, a trend that has been dropping off sharply according to Pew research. Once out of the social networking of high school and college, it is much more difficult to meet people. Statistically, people are getting married later, at an average age of 29.5 for men and 27.4 for women.

Today, a committed relationship is not necessarily defined by marriage either. About 18 million people in the U.S. are living with an unmarried partner, up 29 percent since 2007. Half of that number are younger than 35, but the largest demographic for shacking up is in the older than 50 set.

Digital Dating
My parents met on what could be considered a precursor to online dating—a party line. This local loop telephone circuit was shared by multiple telephone service subscribers. You were supposed to wait your turn to use the phone if a neighbor was on the line, but often people would listen in, or even have a group conversation. Online internet chat rooms followed along the same concept, and now of course, we have all kinds of anonymous dating communication in the palm of our hand with smartphone apps that can do the matchmaking for us.

The stigma that was once attached to meeting someone through online dating is over.

As of 2016, 15 percent of all adult Americans had tried online dating or dating apps.

When communication is done primarily online, it is easier to hide flaws or a person’s whole identity. My friend Marie met and was enamored with a colleague at a business conference. Living across the country from each other, they kept up by text, phone and Skype and occasionally met up in person. It was only in person that Marie started to realize some discrepancies in her boyfriend’s story. A nagging feeling followed by some digging resulted in Marie paying $2.99 online to access his home phone number, which was answered by his wife. Online dating sites are also plagued by people with fake profiles, or just not accurately representing themselves.

Some sites screen and verify profiles. Match.com, eHarmony and Spark Networks (operator of such websites as JDate and ChristianMingle), use online safety tools, including scanning for fake profiles, checking subscribers against national sex offender registries and providing a rapid abuse reporting system for members. Sites also have safety advice about revealing personal information and meeting up with a date. Using appropriate caution, online dating can be an effective way to expand one’s dating pool.

Is technology killing romance?
My husband (who I met via the internet) told me he loved me for the first time on a beach, holding hands, looking into my eyes. My close girlfriend was ecstatic to tell me her boyfriend had texted her that he loved her. To me, the two don’t compare, but we are also very different people. People still have a choice to share milestone moments face to face, but spur of the moment bursts of love can be immediately expressed via technology, too.

While it is convenient to screen potential bad dates by acting like a private investigator searching through timelines and stashed photos, it does take some of the mystery out of getting to know someone. By its very nature, dating is a path of discovery, learning about another’s likes and dislikes. When you know so much history in advance via a Google search or Facebook stalking, you have taken away the shared experience of discovery.

Skype, email and text messaging can help a couple stay connected, especially if distance is a factor. One couple I know who are working in different cities at the moment have dinner together once a week via Skype. They even make the same meal, meaning earlier in the week they text about grocery shopping and sometimes share a recipe.

Communication conclusion
Technology is a tool, not a replacement for personal interaction. You can’t fully understand someone or build trust and openness if you shape your relationship solely via email, chat and social media. Being connected in the moment is intoxicating. So set aside the time you would have spent updating your status or sending a batch of texts and take your date by the hand, look him or her in the eye and express a feeling with the power of your words, body language and facial expression. Then spend time listening and learning. This is real life. 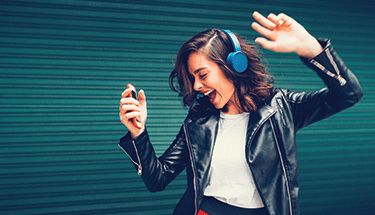 12 Tips to Free up Space on Your Android Phone