Which one is best for your home or small business?

It used to be that the WiFi router you got from an Internet Service Provider was just fine for daily use (and some still are). In a short time, our personal and home office devices have multiplied. Each device you connect to a wireless router takes up bandwidth. For our household of two, that is 10 devices—three computers, two tablets, two smartphones, a wireless printer, smart TV and robot vacuum.

Activities like working from home, distance learning and streaming television programming puts a strain on the central WiFi hub, all of which demand speed and reliability. If your home is large or spread out, one central router may not cover it.

There are several router options available today. We are going to focus on two of them—a traditional router and a mesh network, plus a few options.

Cost. Standard routers are widely available and typically more affordable than mesh network products. While you still may expect to pay hundreds of dollars for a premium router, there are many options out there that are budget-friendly and both quick and stable enough to keep your home office running effectively without further input.

Here’s another thought about cost. Technology is changing fast. I have never had a router break before I was ready for an upgrade. So, while I do recommend you read reviews and buy a router to fit your needs, you might not need an expensive top of the line model. It may be a better financial strategy to buy a very good, moderately priced unit and upgrade it every three years or so.

Plug and play. Setting up a router is easy for the typical user. A cable comes into the house from your ISP and connects to the ISP provided modem. From there, a cable connects to the wireless router. Plug both the modem and router in, and follow the quick start instructions. Voila! Make sure to enable recommended security protocols during setup, update passwords from the default the equipment came with and enable automatic updates—one safeguard to prevent hackers accessing your network.

Speed. If you have heavy bandwidth and streaming needs, look for a router designed for gamers. Current routers, such as the Netgear Nighthawk (which I have) and Asus ROG, are designed for speed under all types of heavy usage, not just gaming.

Bands. Look for routers with at least two bands—a 2.4GHz band and a 5GHz band. The 2.4GHz band operates at a lower frequency than the 5GHz band and offers better range because it is more adept at penetrating walls and other structures. This band is just fine for appliances and other small data applications. Reserve the 5GHz band for heavier usage applications. We like having a tri-band, allowing an extra 5GHz band for the home office, and an extra 2.4GHz band for a guest Wi-Fi setup. Most routers will allow you to designate bands for different purposes, or set it up on the device end.

Tweaking. Routers often come with advanced settings that can be a little more difficult to figure out. Also, you will need to log into an account on a desktop computer to access and set up these features. Occasionally, we’ve had a router lose its settings (after a long power outage), and had to go into the account to reset the unit.

Coverage issues. Even though advanced routers have multiple antennas, the signal is still emanating from a central point. Devices farther away from your router will have slow or spotty connections that drop. If you find your space is too large to be covered, you may have to add additional access points.

Connecting more than one router
You can extend your own system by daisy chaining two wireless routers together or adding wired hubs. We have done this twice—to connect a workshop next to the house, and another time to a garage with a loft guest room. When running a cable outside, we dug a shallow trench and buried a gel-filled, waterproof Cat 5 cable.

Wired connections and new builds
If you are planning construction, it is still best to run Ethernet cables from a central WiFi hub to each room you want an internet connection. This is fairly cheap and easy when the walls are open, just do a little space planning to make sure you put the endpoint outlet box on a good wall near where you will have a TV, entertainment system, desk, smart appliances or workbench.

You can keep the wireless router in a central room, like a utility room, and not have to have a device that looks like a spaceship cluttering up your living room. Each room would have one or more outlets on the wall with an Ethernet connection where you connect your devices.

If your walls are closed up, you can look for a wireless router that has a few Ethernet ports and run a wired cable for heavy uses like to an entertainment center or gaming device.

What about WiFi 6?
In addition to improving speed about 30%, WiFi 6 also cuts latency time down (those annoying audio and visual delays). The technology is better able to handle multiple devices, delivering more data to each at the same time.

However, devices still have not caught up to Wi-Fi 6 and you will see many Wi-Fi 4 products on the market. WiFi 6 is downwardly compatible, meaning your old devices will work on them, they just won’t have all of the low latency and speed benefits.

If you are in the market for a new router, WiFi 6 would be a good choice to future proof your tech set up. Plus, you would be hard pressed to find a good choice without this update.

Another thing to look for is MU-MIMO (Multi-user, multiple-input, multiple-output). Routers that incorporate this technology can improve the speed of data transfer when multiple devices are connected.

Mesh networks
Traditional routers create a network from a central source. Mesh networks create a decentralized system. There is still a device that connects to the internet, but there are also additional wireless nodes distributed throughout your space, creating a mesh of connectivity. A mesh network could have nodes in several rooms, or just two—as long as the coverage areas overlap.

Improved coverage. With mesh networks, the goal is better coverage. When looking at models to buy, the coverage area is typically listed in the specs.

Increased reliability. As you move from room to room, your device will automatically connect to the node with the strongest signal, helping to eliminate drops in service.

More flexible controls. Many vendors have incorporated a mobile app into mesh network router systems. That means you can control your router function from your smartphone, to review network traffic, reboot the system or turn the internet off.

More complicated setup. Setting up a mesh network means installing multiple devices, and each one will need a power outlet. Placement should be clear of obstructions, and in a place that doesn’t take away from the design of your home or office. This is typically high on a wall or ceiling. You will need attic access and electrical wiring knowledge (or hire an electrician) for installation.

How to decide?
If you have a large home with dead spots with poor coverage, it may be worth exploring a mesh network.

However, traditional routers are wireless and easy to set up. And you can still set up some super-fast wired connections from your router hub.

So, if mesh is overkill for your personal situation, or coverage is not an issue, stick with a traditional wireless router. Who knows what the next three years will bring in wireless internet technology? 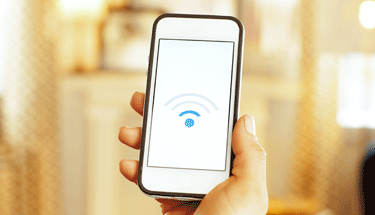 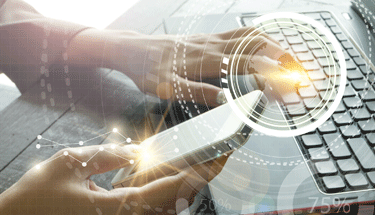