Science and Tech Team Up to Grow Crops Smarter

Mmmm…a frosty cold beer on a summer day. Or a nice glass of pinot noir with a steak fresh from the grill. Beer, the most popular alcoholic beverage in the United States, is the drink of choice for 43 percent of Americans who drink. Wine comes in second at 32 percent.

Minnesotans consumed 115.4 million gallons of beer in 2017, according to Beer Insights. Marketer’s Wine Enthusiast proclaimed Minneapolis as “one of the best wine scenes in America.” However, be prepared for changes to our libation supply. The United Nations report on climate change made clear, rising global temperatures are poised to cause a host of catastrophic effects, including shortages on beer and drastic changes to the wine industry.

Changes in crop yields could mean an extra $20 for a six-pack of beer or double the price for your favorite wine. Yikes!

There is hope, through our own environmental efforts. But science and technology may be the real saviors to the alcoholic beverage industry in the era of climate change awareness.

Effects of climate change on beer and wine
Beer is vulnerable to global warming because its main ingredient, barley, is a crop sensitive to drought and extreme heat. Malting barley requires stringent growing requirements to make it malt quality. When the warm days required turn too warm, barley can sprout early or contain too much protein to be malted. Hops are also affected by variations in weather, including an increase in storms. During the most severe climate events, barley crop yields could drop by as much as 17 percent, according to research published in Nature Plants. Changes in barley supply is the main factor driving up beer prices.

Of all environmental factors, temperature seems to have the most profound effect on viticulture. Not only is consistent temperature important during the wine grape growing season, the temperature during winter is essential for successful budding as the growing season begins. Research shows crops are already impacted by rising temperatures and increased CO2 levels. Climate change affects the quality of grapes color, aroma, accumulation of sugar and essential organic acids.

Our future is predicted to have more occurrences of unusual weather, including frosts outside of winter. Winemakers are also concerned about other extreme vine and grape-harming weather events, such as prolonged droughts and hail storms. The Bordeaux region in France for example suffered severe frosts in 2017, followed by hail storms in 2018, damaging thousands of acres. Wine regions around the world are being similarly impacted, says John Holdren, co-director of the science, technology, and public policy program at Harvard’s Kennedy School.

Increasing temperatures are shifting growing areas northward. While this temporary solution allows wine grapes to continue to thrive, it also decimates established vineyards that have become unfavorable for grape growing. When wine grape supply goes down, prices go up.

Technology Solutions for Beer
Moving both barley and hops indoors for growing may be a solution. Vertical farming, where crops are grown in a controlled environment up and down instead of horizontally, is being studied at Columbia University. Major investors such as Jeff Bezos, Larry Ellison and Kimbal Musk are supporting growing in a vertical environment, which is expected to be a multi-billion dollar industry.

At Colorado State University, hops are being successfully grown hydroponically. This new way of growing the crop indoors in water means hops can be harvested five times a year instead of one, yielding the same amount of harvest in a smaller footprint. As an added benefit, brewers have access to fresh hops throughout the year.

There are even successful efforts to make hoppy beer without hops at all. Two UC-Berkeley biologists started Berkeley Brewing Science, using the gene-editing tool CRISPR-Cas9 on fermentation yeast. With genes derived from mint and basil added to yeast, beer takes on a fragrant hop-like flavor, without actual hops.

Technology solutions for wine
An air-conditioned vineyard? Yup. The American Journal of Enology and Viticulture describes systems already in place to manipulate the temperature of vines by creating heated or cooled air, then blowing it across grape bunches.

Scientists in Germany are trying to determine how wine grapes will survive in the future by creating an atmosphere with more CO2. Rings of ventilators blow carbon dioxide into rows of Riesling and cabernet sauvignon grapes. In these early tests, grape have grown larger with more juice, but pests have also increased, feeding on the altered crops.

Human changes can help
Understanding the threats to our favorite beverages (not to mention other foods we enjoy) may make some people more inclined to care about the impact of climate change on the world’s crops. Consumer demand for sustainable products coupled with a personal commitment to reduce fossil fuel burning and reduce our carbon footprint is key.

Climatologist and Director of the Evenstad Center for Wine Education at Linfield College, Dr. Greg Jones, who is also co-creator of the Porto Protocol, described the wine industry’s special role in helping people understand challenges and opportunities for change.

“Well, if I was an ecologist and studying a salamander in a small watershed in Washington State and I talked about the impact of climate on that small salamander, people might not relate or care,” Jones said. “But there’s something about wine. People identify with it easily. It’s got a connection to numerous aspects of life through art, history, geography, and of course it’s alcohol.”

I’ll drink to that. 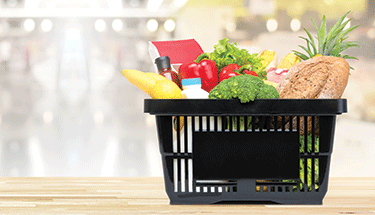 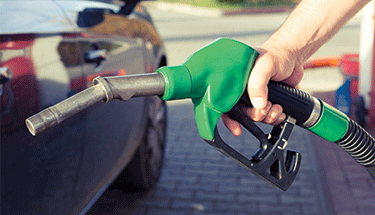