Are they safe and here to stay?

When a self-driving car is involved in a fatal accident, it’s big news. In March, a self-driving Uber hit and killed a pedestrian, and a semi-autonomous Tesla hit a highway median, killing its driver. Regardless, testing of the technology continues, and states are writing legislation, welcoming technology while being cautious about safety.

There is good reason to embrace self-driving and semi-autonomous vehicles. Statistical projections show the technology is much safer than human-driven autos. Driverless vehicles also could solve much of the country’s housing crunch and even lower the cost of consumer goods.

In the U.S., it took about 23 years to fully transition from horse drawn buggies to automobiles. Not only are we witnessing the beginning stages of a self-driving transportation revolution, all-electric vehicles are on the same path. James Whitehead, a Tesla analyst, AI computer scientist and inventor, predicts autonomous electric vehicles will surpass gas-powered cars in the next 10 to 20 years. Electric self-driving autos and fleet vehicles are economical and better for the environment. Electric powered vehicles cost less than half the cost to run than their gasoline counterparts, and many electric power grids are converting to renewable energy.

Autononomous Commerical Fleets
Cars won’t be the only self-driving vehicle on the road. Commercial cargo fleets and trucks are seeing an influx of research and investment dollars that will change the face of how we ship goods on the road. The first phase, described by Martin Daum, president and CEO of Daimler Trucks North America, is called platooning. The lead truck has a driver that makes all decisions, and the second truck will follow. A driver in the second truck has a more passive role and could even sleep while the first driver is in charge. Daum says issues such as automated steering on different highway widths and speeds is still 10 to 15 years away, but he could see where computerized braking could surpass human input sooner.

To take full advantage of emerging technology, a new fleet of automated trucks would need to be built. When moving 80,000 pounds of cargo at 75 miles per hour, there are many steps to be taken before full automation, but Daum has no doubt we will see a completely autonomous truck in the future.

Regulation
As of 2017, 36 of 50 states have enacted legislation or implemented an executive order regarding autonomous vehicles. Definitions vary by state, such as what a “vehicle operator” means. Some states require a human to be riding in the vehicle while other states allow for the remote operation. Whether remote or in the vehicle, a “safety driver” is trained to assume control of the vehicle, responding as driving conditions change.  Because variables are still being mapped out, the safety driver must remain alert constantly. But as technology improves, it is anticipated human input will eventually be eliminated altogether.

AV in MN
Minnesota officials think our state has plenty to offer in autonomous vehicle development, including a testing ground with plenty of cold weather and snowy roads. Much of the data collected by the National Transportation Safety Board to date is from western states with mild weather. Collecting data from Minnesota, where the road is covered by snow part of the year, will add valuable insight in AV development.

Gov. Mark Dayton formed an advisory council to review policy and infrastructure questions and make recommendations on issues such as traffic regulations and privacy concerns. Meanwhile the Minnesota Department of Transportation (MnDOT) has been testing an autonomous shuttle at its road research facility in Monticello, mainly to see how the bus operates without direct driver input to control the steering, acceleration and braking in the state’s harsh winter conditions. In February, MnDOT offered free rides on an autonomous shuttle during the Super Bowl. 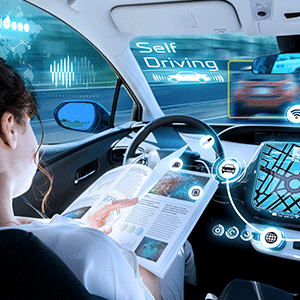 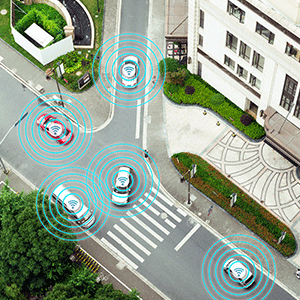 Safety
Anticipation of greater safety over traditional vehicles is based on the fact that 90 percent of car accidents are related in some way to driver error. It’s been touted that in just two years of automated driving, more U.S. lives could be saved than were lost in Vietnam. But a recent article in Scientific American cautions that true estimates will not be possible until these advanced vehicles are on the road for a while and actual data is collected. When you consider that driverless cars won’t be texting, driving drunk, angry or tired, the technology is looking better.

Lifestyle Benefits
Increases in housing prices drive up the cost of living. As workers move into urban areas for higher paying job opportunities, space becomes a premium, with parking lots consuming up to a third of the real estate for vehicles that just sit 95 percent of the time. Cars that can drop off workers, then retreat home or to less populated areas, would free up urban spaces.

Workers who choose to live in suburban areas not only would have an affordable option to public transportation, they would gain back valuable time in their schedule. A study by Zillow research shows transit times for autonomous vehicles is not only 40 times faster, it solves the public transportation “final mile” dilemma. Driverless cars or rideshares pick up and drop off passengers at their door.

In the early 1770s, people first tried to create cars that ran on steam. The automobile industry has evolved into electric powered autonomous driving. Who knows where the next turn will take us, but with increased safety, economic and environmental benefits, automated transportation is a good start. 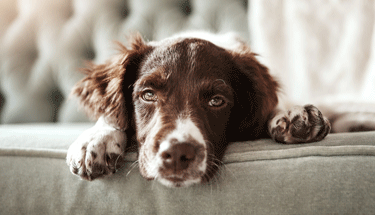 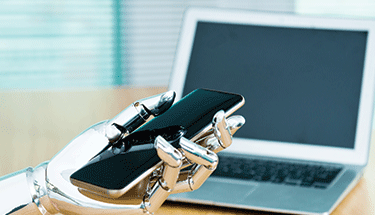