Speed, Bandwidth and the Difference Between Them

The terms are often used interchangeably, but they are distinct

In the ’90s, it was popular to describe the internet as the information superhighway. And though the phrase might seem a little outdated today, parts of it are still useful, especially when explaining the difference between bandwidth and speed.

In the age of high speed internet, the word “highway” still applies, only these days, there’s more traffic than ever, and it’s capable of moving much faster than before.

Think of bandwidth as the highway. In the same way that more lanes can transport a higher volume of traffic, greater bandwidth can move data at a higher rate.

Most internet service plans are packaged in megabits per second (Mbps). A plan offering a maximum bandwidth of 50 Mbps can transport data at double the rate of a 25-megabit service, and has five-times the capacity of a 10-megabit plan. To use the highway analogy, 10-megabits per second is a two-lane road, and 50 megabits is a multi-lane highway.

Now let’s move to the speed part of the picture.

Whereas bandwidth is the carrying capacity, speed is the transfer rate. Just as a road has a speed limit, there are limits to how fast data can move.

It’s true that greater bandwidth correlates with faster speeds, since you can receive more data at a faster rate, but with actual speeds, there’s another factor at play.

Each of the devices connected to your network—whether it’s a computer, smartphone, TV, or game system—needs bandwidth, or a lane on the highway. Like traffic on the road, your devices compete for a share of that bandwidth when they’re connected.

Picture a highway at rush hour: traffic will travel more slowly than if only a few cars are on the road. The rate of speed you experience is directly affected by available bandwidth.

If you want to look at it another way, we break down the difference between bandwidth and speed with a simple demonstration using water, containers and a funnel. Watch the video here.

What else affects speed?
Other factors that contribute to speed include the connection method and the capability of the technology you use.

Hard-wired networks generally offer faster speeds than Wi-Fi, though both have benefits.

When you connect a device via an ethernet cable, you are establishing a one-to-one connection. A direct line allows data to be delivered far more quickly than through a Wi-Fi signal carried by radio waves.

Speed also can depend on your technology. An older router and an outdated computer generally don’t connect as quickly as newer, updated hardware.

Know how fast you’re going?
Arvig provides an easy-to-use, one-click tool to check your internet speed. The tool works in any of the popular browsers, including Google Chrome, Mozilla Firefox or Microsoft Edge.

It’s important to remember that speeds tests offer only a general estimate. Tests don’t guarantee consistent speeds at all times. That is because so many real-world factors affect the test—including the number of connected devices, computer or equipment speed and server load. You’ll likely see a slowdown if you’re using a shared connection, or if you’re testing during times of peak network traffic.

To get started, go to speedtest.arvig.com. Click the “Go” button. As the test runs, it will return two results: download speed and upload speed.

Most high-speed internet plans are designed to offer a higher download speed, because most users generally do more downloading than uploading.

When you’re viewing websites, opening email attachments or retrieving multimedia files, you’re downloading. If you’re sending content to a video sharing site such as YouTube or backing up your files to the cloud, you’re uploading.

What speed do I need?
If you have questions about the ideal internet service package for your home network, Arvig can help. Visit arvig.com or call 888-992-7844. 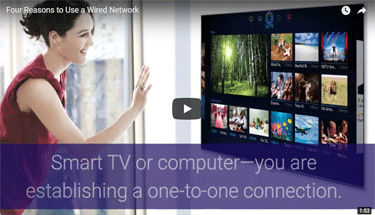 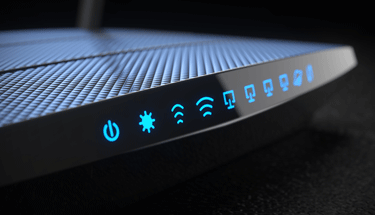 Four Reasons to Use a Wired Network

How to Secure Your Home’s Wireless Router