How a Lack of Semiconductors is Affecting Product Availability

If something you use has a plug or a battery, chances are it is full of chips. Semiconductor chips are small “brains” that provide certain electronic functions. They are incorporated into products we use every day such as cell phones, audio visual equipment, computers, appliances, home security and cars and much more. If not already on your radar, there is a worldwide shortage of semiconductor chips, and the problems are starting to hit home.

Production delays, unavailable products or products being produced without certain features are just some of the effects consumers are seeing now. Shortages are expected to last into 2023.

A semiconductor primer
A semiconductor often is just one part of a larger circuit board controlling a device or feature. They are tiny electric circuits with many components, such as transistors and wiring, formed on a semiconductor wafer.

Semiconductors generally fall into four categories: Memory to store and pass along data; Microprocessors with the basic logic to perform certain tasks; Commodity Integrated Circuits for routine processing purposes; and Complex SOC, or “System on a Chip,” an integrated circuit chip with a full system capability on it. Chip makers’ goals are to create chips that are faster, smaller and cheaper. It is an incredibly competitive industry that generally works on volume and small margins.

How did we get here
So how could a global shortage occur on something so commonly used in so many industries? You can blame poor planning combined with the global effects of the pandemic for some of it.

During the pandemic, most industries suffered massive declines in business, decreasing demand. Rather than easing back on parts orders, sudden widespread cancellations disrupted supply chains. Chip foundries turned their attention to industries that still had a growing demand.

As people began working from home and kids entered into remote learning, there was a huge jump in demand for computers, tablets and all types of consumer electronics. The big eight cloud infrastructure providers filled the demand for semiconductors vacated by other industries. When things started to recover, chips were no longer available in the supply chain for other lines of business. Also, because consumer electronic demand was so high, those industries started to encounter shortages as well.

The auto industry has a different set of problems. At the beginning of the pandemic, people stopped buying new cars. Automakers canceled supply orders and foundries making their legacy semiconductors retooled to serve other industries. Now that automotive demand is increasing, resources to make the type of semiconductors automakers need has diminished. Many of the chips automakers use are of an older technology and foundries have moved on to more modern chip making used in other types of electronic devices. Investors are also not keen to support legacy technology.

Trade sanctions with China did not help matters. At the core, Chinese company Huawei Technologies, one of the largest telecommunications companies in the world, was banned from doing business with any organization that operates in the U.S. This was due to allegations of spyware integrated into its electronics and other shady business practices.

Just before the ban, Huawei stockpiled chips to ensure its production was not interrupted. Huawei’s rivals did the same. Next, the U.S. barred Chinese chip manufacturer SMIC from using some U.S. tools to make chips, which limited the company’s access to technology and machinery that it needs. Customers turned to other semiconductor outlets inTaiwan, who were already overburdened with demand.

Although this is an oversimplification, supply was taken out of the pipeline, then output from China’s largest chip manufacturer declined.

What the shortage means for consumers
Research firm Gartner told CNBC that the average person on the street is bound to be impacted by the chip shortage by either not being able to get something or paying more for it.

Semiconductor chips have expanded into far more products than computers, cars and cell phones. Items as small as your electric toothbrush or the display panel on the refrigerator, and a vast amount of other products, contain these components.

As consumer demand for products with chips is continuing to outweigh supply of chips available, manufacturing capacity is negatively affected.

Tech giants Samsung and LG said recently the chip shortage is impacting television and appliance production. Samsung may even skip the launch of the next Galaxy Note smartphone.

The Financial Times reported, “No manufacturer can be free of the problem if it gets prolonged.” The chip shortage is affecting large and small manufacturers, even those using low-margin processors, the ones that perform simple functions like making your toast the right shade or keeping your washing machine spinning correctly.

Companies have looked at substitute chips, but the cost to retool to use them is prohibitive.

The automotive sector remains the hardest hit. Modern vehicles are like a rolling computer, with chips in everything from engines to driver assistance systems. Ford, Volkswagen and Jaguar Land Rover have cut vehicle production, shut down factories and laid off workers. Some carmakers are just leaving out high-end features that they cannot get chips for, such as Ram Truck’s intelligent rearview mirror that detects blind spots.

Cutbacks in new car inventory has also affected the rental car industry, as companies are unable to buy the type of new vehicles they want. This has caused skyrocketing rental car prices in popular U.S. cities this summer as demand far exceeds supply.

Why can’t manufacturers just make more?
The chip making industry has always had difficulty keeping up with sudden demand spikes. Alan Priestly, research firm Gartner’s VP Analyst explained that ramping up production with an existing foundry also takes time. “You can’t suddenly go to a chip vendor and say, ‘give me a million new chips’ if you haven’t got the order in place because there’s a throughput time,” said Priestley. “If I put an order in today, and there’s capacity available, it may take me three months or more to get the chip.”

Countries around the world are now being compelled to think about how chips are produced and where. Currently, the largest chip foundries in the world (from biggest to smallest) include Taiwan’s TSMC and UMC, South Korea’s Samsung, GlobalFoundries in the U.S. and China’s SMIC.

Nations are thinking about increasing the number of chips they produce or build new foundries. However, factories that produce wafers are not cheap or quick to build. A facility can cost tens of billions of dollars. Once built, it can take up to a year for testing and qualifying complex tools. Intel intends to spend $20 billion on two new chip plants in Arizona, and is supported in part by the Biden Administration’s $2.25 trillion infrastructure-focused plan.

Until chip supply and demand are rebalanced, industry experts expect problems to extend well into 2022. 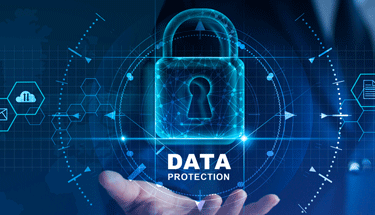 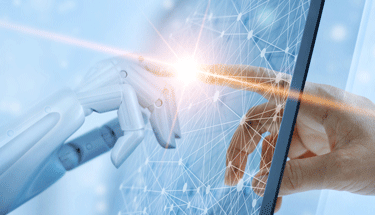