What is the Metaverse?

The Metaverse—what some describe in vague terms as a virtual reality evolution, or a complex convergence of many online applications, devices and technologies—may be something a lot scarier. The Metaverse brings us one step closer to living out the movie Surrogates in real life.

Surrogates is set in a futuristic world where humans live in isolation and interact through robots (their surrogate) via their high-tech personal computer and virtual reality suits. The robots always look perfect and never age, while their human counterparts are a flabby, atrophied version of their former selves. Kind of like some of us, into year three of COVID-19. Even though our current reality for virtual worlds is more like Spielberg’s Ready Player One movie or the video game Fortnite, there are infinite possibilities of things that could actually happen, and maybe will with the Metaverse.

The technologies that make up the Metaverse could include a next level version of virtual reality, with an expansive cyber world that contains a fully digital second life, one that continues to exist even when you’re not interacting. Spaces can be real, virtual or a combination, and applied to various industries or personal applications. The revolution provides, as consulting firm Deloitte put it, “break-through capabilities that leverage virtual worlds powered by enabling technologies (e.g., AI, blockchain, IOT, AR/VR, 5G) that require the most advanced computational infrastructure and skills.” And the Metaverse is equitable, you won’t need VR or AR equipment—it can be accessed through computers and game consoles. Even phones can be your portal to the Metaverse.

The economy of the Metaverse
Big tech is hoping we spend lots of time interacting with our friends and colleagues in virtual space—and also spend a lot of money there. After all, our digital avatars need outfits, accessories and apps too. It also translates to a maker’s digital economy, where users can create, buy, and sell goods, and most importantly, use, across multiple platforms. You could build and live in your dream home in the Metaverse, then step outside and go skiing or snorkeling with friends. The outfit you buy from one store in the Metaverse can be worn anywhere else in your virtual world as you jump from app to app. Or you could drive there in your virtual car. Talk about sustainable! In other words, the identity you create, and all the accessories you buy, might be able to go anywhere in the Metaverse simply by flashing your virtual ID at each portal.

Major players are making mega investments in the potential of the Metaverse too.

Microsoft cited the Metaverse as their reason for acquiring the game developer Activision Blizzard for $68.7 billion. Even though the Metaverse can be envisioned far beyond gaming, the basic building blocks are evolving from this arena.

Facebook is so confident in the future, and no doubt the profit potential, of the Metaverse, that company founder Mark Zuckerberg renamed his company Meta. The new name represents the company’s ambitions to grow beyond social media to working and playing in a virtual world. Google is set to shake up the Metaverse with a new type of AR headset, not to mention its physical data centers and security layers that are a significant part of the infrastructure of the internet. Apple has its own related devices in the works, but rumor has it, they do not want to play in Zuckerberg’s life consuming Metaverse, and could create a world of their own.

What makes the Metaverse new
Those of us who remember the public launch of the internet know it was initially very limited. Still, it was a thrill to type a message and receive an answer on a computer, or look up information on a listserv far across the country. Think of how far we have come in 30 years. The visions for the future in the Metaverse are unlimited. The idea is to use gaming structures as building blocks, along with other tech advances, to evolve into something grander, with not only entertainment and social applications, but also uses for business and daily living, where your avatar will be a seemingly living, moving, talking 3D representation of you.

In industrial applications, a new client could virtually tour a yet to be built facility, see new machines and processes at work, and interact with a realistic, 4 dimensional, guide—theoretically.

Microsoft muses it could advance virtual meetings beyond two-dimensional, Zoom-like video squares of participants to rooms that are akin to real life. Applications could range from training a few new employees or hosting a business conference for thousands. Motion-tracking tools could distinguish where each person is looking or where their hands are.

Meta (Facebook) has used a presentation video to describe their vision. This in part pictures a young woman sitting on her couch scrolling through Instagram, stopping at a concert video a friend posted of a live concert in another country. Next, we see the woman has been digitally transported to the concert. Although she appears like a hologram, she’s able to make eye contact with her friend who is physically there, listen and watch the concert together.

How we interact with this new Metaverse still needs development beyond clunky VR headsets or dizzying AR glasses.

Much of the Metaverse is still fantasy. However, the concepts are backed by the biggest tech companies in the world, willing to pay billions to make their virtual dreams come true. It’s coming faster than you think. Ready, player one? 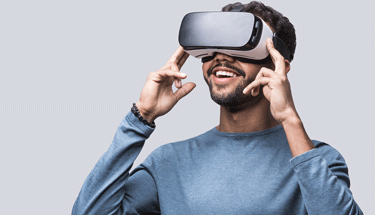 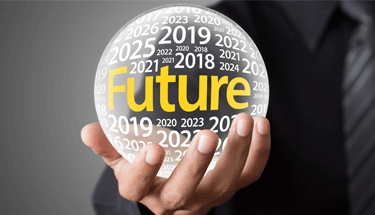