Why is Bandwidth Such a Big Deal?

From screens to streams, home internet networks are working harder than ever

They all require an internet connection to work, of course, but they’re also some of the most bandwidth-intensive activities you can do online. Ever since the early days of the internet, there has been a constant trend toward higher bandwidth services. That’s not changing. In fact, the trend continues upward. As a result, it’s shifting the way we evaluate our service needs and pushing bandwidth ever higher on the list of must-haves.

The average American household now has access to more than 10 connected devices. Though that number would have been hard to picture 10 or even five years ago, it’s commonplace for home networks to have some or all of these things today: a handful of smartphones, a connected TV, a work laptop, a home desktop, a smart security system, a gaming system and many others.

Growing networks and bigger demands
Ultimately, choosing the right internet service package comes down to the right balance of value and performance. There are two important points to consider: the growing importance of upload bandwidth, and, as mentioned, the continued progression toward services and applications that require more bandwidth. It’s widely noted that the average internet user’s bandwidth requirements are growing by 50 percent per year.

Upload bandwidth typically receives much less attention but is a critical factor in ensuring many applications, especially gaming and interactive applications such as video calls, work well. A service offering that provides 3Mbps as a minimum for your household is recommended.

With video leading the way as the biggest driver of bandwidth, people are increasingly using cloud backup tools, including Apple’s iCloud, Google Cloud and other photo or home data backup services. At the same time, streaming video services are expanding their catalogs of 4K video content and gaming platforms are moving to delivering new games first by download.

In many cases, backup services are automatically enabled on new phones or tablets and may be running quietly in the background. If these services are using much or all of the available bandwidth, it can cause slow page loads, buffering while watching movies or increased latency in online games.

In five years, it’s likely we will observe that online applications that once required as little as 5 to 10Mbps will likely require nearly 40Mbps or more to provide a similar experience. In fewer than 10 years, this is likely to grow to a staggering 300Mbps! These growth trends are more likely in households that rely on streaming video services, or that have teens or others who are early adopters of new technologies.

Breaking down bandwidth
Let’s take a closer look at four of the most common heavy users of bandwidth: streaming services, video conferencing apps, online gaming platforms and cloud backup tools. How much bandwidth do each of these applications need to perform reliability? The answers vary a bit, but in general, here’s what our research finds:

For online gaming as reported by an article from Optimum:

For cloud backup tools: For activities such as archiving photos, storing a music collection or backing up personal files—it’s ideal to have at least 5-10Mbps, or at least 20 percent of your download bandwidth.

How big is a Gig?
Bandwidth is a finite resource. The more devices you have connected to your network, the more competition there will be for available bandwidth. As service providers update their networks to meet growing demands, gigabit speeds are becoming available in more areas. For many households, a Gig-level service package—offering speeds up to 10 times faster than a typical 100Mbps connection—can be a sensible option. Gig speeds can easily support 12 or more devices. But just how fast is it? Fastmetrics offers this overview of average download speeds:

Signs you might need more bandwidth
When your network bandwidth is strained, some obvious signs begin to emerge. Here are some common issues and scenarios that indicate a need for additional bandwidth:

Unlike that old clunker of a car that won’t start anymore, understanding when your internet service is no longer meeting your needs can be a hard question to answer. If the last time you called your service provider was five or 10 years ago, there is a good chance that an upgrade is available that will be a better fit for your current needs. If you have recently upgraded but are experiencing issues, your service provider may have the ability to review your typical bandwidth utilization and determine if additional bandwidth would improve your experience. 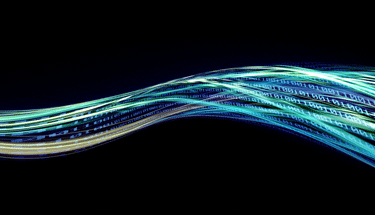 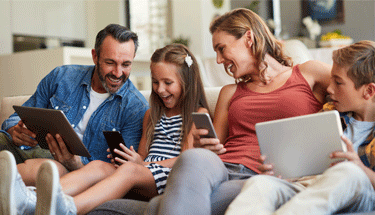 How to Optimize Your Bandwidth

How Much Bandwidth Do I Really Need Anyway?