By Darla Palmer-Ellingson January 14, 2020 For Home
No Comments

Why You Should Have a Digital Will

Who will take care of digital assets after you are gone?

“If something happens to me, delete my browsing history!”

This old joke is funny, until your loved ones are in a position to try and access your digital assets after you die. With so much of our lives handled online—from payment accounts to photo libraries- these digital details should be managed as part of your estate planning, just like a traditional will.

Creating a digital will is something you can do yourself. It can be as simple as listing all of your digital property, where things are stored and the account information. But it is essential to add your intentions for who has access, control or will take over ownership of digital assets.

Let’s say you have some cryptocurrency funds. Who will receive those assets? Other accounts may need to be shut down to avoid scammers from taking over your identity after your passing. Where and how to store your digital information is also key. If you handle the family finances, would your partner know how to take over, log into accounts and pay bills?

It is a good idea to keep your digital will in the same secure place as your overall estate will.

Creating a Digital Will
Here are a few steps to create your digital plan:

1. Inventory your digital footprint
Create a list of all the sites where you have accounts, including social media, photo storage, email accounts, online brokerage accounts, blogs and accounts that automatically withdraw from your bank account.

2. Create a password locker
This is an online account that stores passwords for all of your accounts. With this type of service, it is no longer necessary to write down passwords in an unsecure desktop file, printed document or your digital will. You will, however, have to remember one password. Services such as LastPass create an account recovery encryption code that can be provided to executors of a will, so that they can access your account when needed.

3. Draft detailed instructions
Write down what you’d like to see happen with each account, including online financial accounts, social media accounts, files and media.

4. Select a digital executor
Be sure to name your executor in your digital will—a mature person you trust to carry out your wishes after you’re gone. You should also name an alternate executor in case your executor is unable to serve. For example, if a husband and wife are traveling together and both perish, it is not sufficient just to name each other as executor. Decide on a suitable alternate person. The digital will executor and alternate can be the same people you have for your traditional estate will.

Make sure the executor knows about your digital will in advance, where they will find the document when the time comes, and provide recovery instructions so that they can access your password locker.

Where to keep a will
Your will, and your digital will, should be kept in a safe place.

There are many options as to where to keep a will, including in a fire and waterproof safe securely attached to your home. In Minnesota, the probate court or court administrator’s office will accept wills for safekeeping at no charge or for a nominal fee. You can get the will back from the court at any time. An attorney may be willing to hold your will for safekeeping.

No matter where you decide to store the will, keep these things in mind: It’s a good idea to retain a copy, but an original will is necessary to avoid legal challenges. In Minnesota, it must be signed by two witnesses. The will is only useful if it can be found. Make sure your personal representative and a close friend or relative knows where to find it and can access it.

Do you actually own a digital asset?
You may have a huge photo library built up over the years, and also an amazing music collection with songs you’ve purchased, downloaded and cataloged. The law regarding digital assets vary widely, and it is a good idea to read the terms of service for the media services you use to determine ownership.

Here are a couple of examples. If you took a photo or video and are simply using a service to store the media, you likely have full ownership rights to the materials, and these assets can be passed along via your digital will after you die. However, for content created by others that you paid to download, such as music, videos or books from iTunes, you have only purchased a license to the content, you don’t own it. The Apple license and content are not transferable in your digital will. Some sites, such as Apple, have family sharing accounts allowing people in the same household to access the account, which will remain in effect after you are gone.

Check with each site or service provider to understand if your purchase is an ownership right that is transferable or simply a license to use the product.

Minnesota’s digital asset law
In the past, it has been difficult or impossible to access online content, in part due to privacy concerns. Lawmakers across the country are addressing these concerns by adopting laws that allow fiduciary access to digital assets.

Before 2016, the Uniform Fiduciary Access to Digital Assets Act (“UFADAA”) gave Minnesota fiduciaries, including executors, the power to access online accounts. However, when accounts were hosted on third-party servers, companies maintaining these servers balked at allowing access to them, citing privacy and other legal issues.

The Minnesota legislature updated the law in 2016 with the Revised Uniform Fiduciary Access to Digital Assets Act (“RUFADAA”). These revisions address the concerns of tech companies and provide access to the different types of accounts we use today.

In summary
We don’t like to think about our own demise, but creating a will, and especially a digital will, is often something people leave undone. By making a plan in advance, your executor will be able to carry out your wishes easily, including deleting anything you don’t want seen. If you want your important photos, mementos and digital assets passed along, it’s time to start planning your digital legacy now. 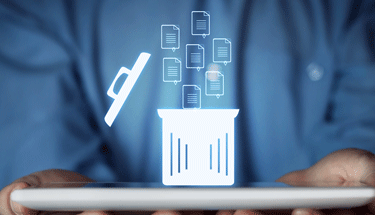 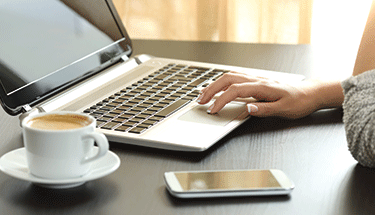 How and Why to Annihilate Your Google and YouTube History

The Best Chrome Browser Add-ons for 2019